The History of the Bolsa Chica

and the Bolsa Chica Land Trust

You are here: Home / About Us / The History of the Bolsa Chica

Early pioneers called the coastal region including the Bolsa Chica by the name “shell beach,” because of the hundreds of thousands of empty shells left along the beaches and bluffs by Native Americans. Life was good along the California shore. The Shoshone, who were the first to walk the Bolsa Chica, enjoyed plentiful supplies of fish and shellfish in the wetlands.

Within the Bolsa Chica wetlands and mesas linger the artifacts and people of early California. 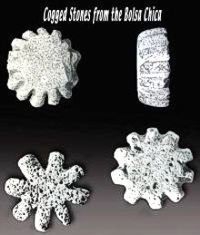 The 8,000-year-old human remains of ancient burials silently mark time. The unique artifacts of the ancient coastal Californians – such as cogged stones, charm stones, and arrow points – have been found since the earliest pioneers arrived at the Bolsa Chica. There is no question: the first Californians were the native peoples who inhabited the Bolsa Chica mesas and wetlands. Life was good along the shore for the Gabrieleno Tongva and Acjachemen, who still consider the area a touchstone of earlier times.

The Spanish who colonized California gave the area their own name. The Bolsa Chica, or “Little Pocket”, ranch was isolated by “swamps,” little pockets of dry land, and the ocean. The “little pocket’ moniker was given when the vast land grant holdings of solider Manuel Nieto were distributed among his heirs.

From this early beginning as part of California’s rich history of Spanish ranchos, the Rancho de las Bolsa Chica avoided mass development, but it could not entirely avoid modern civilization.

In 1899, the Bolsa Chica Gun Club was formed by a group of wealthy businessmen from Los Angeles and Pasadena. They built a two-story structure on a mesa overlooking the Pacific Ocean. More significantly, the Gun Club was responsible for the damming off of Bolsa Chica from direct tidal flow with the ocean, altering the Bolsa Chica ecosystem for the next 100 years.

When oil was discovered in Huntington Beach in the 1920’s, Bolsa Chica’s landscape was again altered, this time with oil rigs, pipeline, and service roads. Oil drilling at Bolsa Chica continues to this day, although in reduced quantities.

Babe Ruth and Lou Gehrig were among many celebrities who have visited Bolsa Chica. The Photo of Lou and “The Babe” was taken at the Gun Club and came into the BCLT’s possession as a gift from Wade Womack. Womack received the photo from Grace Bixby. The Land Trust is always looking for historic photos of Bolsa Chica. If you have any you would like to donate, or if you would allow us to scan them for our files, we will be happy to oblige.

In the 1940s, it was feared that Japan would attack California. The U.S. military constructed two bunkers at Bolsa Chica to defend the coastline. Panama style Gun turrets were mounted on the mesa, but were only ever fired for testing purposes. The larger of the two bunkers was demolished in 1995. The smaller support bunker still exists on the Sacred Cogstone site but is closed off from public access. All that is left of the turrets are their circular frame.

The government stepped in again at Bolsa Chica when they constructed a flood control channel in the 1950’s. The channel forever changed the landscape and ecosystem of the Bolsa Chica, essentially cutting off the lower wetlands from the upper mesas, and bringing urban runoff to this once-pristine area.

In the 1960s, the 2,000 acres of Bolsa Chica were acquired by Signal Landmark. When plans for a massive housing development and marina were released some state officials objected.

In 1973 the developer set aside 300 acres of wetlands alongside Pacific Coast Highway. Those wetlands became the original Bolsa Chica Ecological Reserve.

Members of the League of Women Voters were displeased with how few wetlands were being preserved and created a new group in 1976, Amigos de Bolsa Chica (“Friends of Bolsa Chica”), to begin the fight to save more of the Bolsa Chica wetlands.

Over time, the proposed development footprint decreased. In 1992, the Bolsa Chica Land Trust was formed to preserve ALL of the Bolsa Chica area, not just the lower wetlands. The upland mesa habitat provides nesting, shelter, and food for egrets, herons, raptors, and land mammals, part of the larger Bolsa Chica salt marsh ecosystem.

Bolsa Chica Stewards formed to restore the native plant habitat on the Mesa and develop the trail for the public.

OC Board of Supervisors approve the Koll Co. development at Bolsa Chica despite opposition from the community.  The Trust files a lawsuit to overturn this decision.

Coastal Commission approves Koll Co. housing project at Bolsa Chica. The Trust and others file suit to reverse the decision.

Land Trust has a concert on the beach across from the Mesa featuring Bonnie Rait, Pierce Brosnan, and Graham Nash.

In 1997, the long-awaited goal of preserving the lower Bolsa Chica wetlands was reached when the state of California purchased 880 acres of the developer’s holdings. Another 41 acres (Fieldstone) were also obtained. Restoration would come seven years later at a cost of $147 million.

BCLT prevails in court and the Koll development plan is sent back to the Coastal Commission.

BCLT Walkathon March for the Mesa.

In 1999 the state appellate court issued the famous “Bolsa Chica Decision” [Bolsa Chica Land Trust v. Superior Court], which ruled that “The Coastal Act does not permit destruction of an environmentally sensitive habitat area [ESHA] simply because the destruction is mitigated offsite.” The court also agreed “neither residential development in the wetlands nor destruction of the pond are permissible.” The court ruling sent the issue back to the Commission for revision.

March for the Mesa II

In November 2000 the CCC determined that development had to be limited to the upper half (“upper bench”) of the Bolsa Chica mesa because the lower half (“lower bench”) was too valuable as habitat. This time the developer sued the Commission, but the case was eventually dismissed.  Sensing defeat, the developer contributed to the campaign of California bond measure Proposition 50, which included specific language to purchase land at Bolsa Chica.

Bolsa Chica Pocket wetland transferred from the Metropolitan Water District and BCLT to the State Lands Commission for inclusion into the Ecological Reserve.

The passage of Prop 50 enabled the state to purchase 118 acres of the lower bench, closing escrow in December 2005. In the end, the original plan of over 5,000 houses, major street thoroughfares, a marina, a hotel, and a school, was whittled down to a mere 379 houses on just 106 acres, and even some of that acreage must be kept as open space.

The state purchases the 118-acre lower bench of the Bolsa Chica Mesa and adds it to the Ecological Reserve.

BCLT launches fundraising for a pedestrian bridge on the Reserve at Warner Avenue, eventually raising $75,000 towards its construction.

The Jr. Stewards begin working on the Mesa.

Pedestrian Bridge at Warner Avenue dedicated and opened to the public.

BCLT files a suit to overturn city’s approval of the Ridge Project.

BCLT creates the Endowment for the Future Fund.

BCLT GPS maps the vegetative profile of the entire Lower Bench of the Bolsa Chica Mesa.

BCLT enters into settlement negotiations with Signal Landmark and the city on the Ridge property lawsuit.

BCLT, the city and Signal Landmark announce a settlement of Ridge lawsuit.  Signal becomes a willing seller of the Ridge and Goodell properties to the Trust for Public Land for full conservation.  BCLT pledges to raise $1 million towards acquisition and restoration.

The Bolsa Chica story is not over. The 50 acre Upper Bolsa Chica Wetlands and 6 acre Sacred Cogstone site are still threatened with destruction, leaving the mission of the Bolsa Chica Land Trust still very much alive – Save it, Don’t Pave it!