You are here: Home / Animals / Bird of the Month- August is the Belted Kingfisher 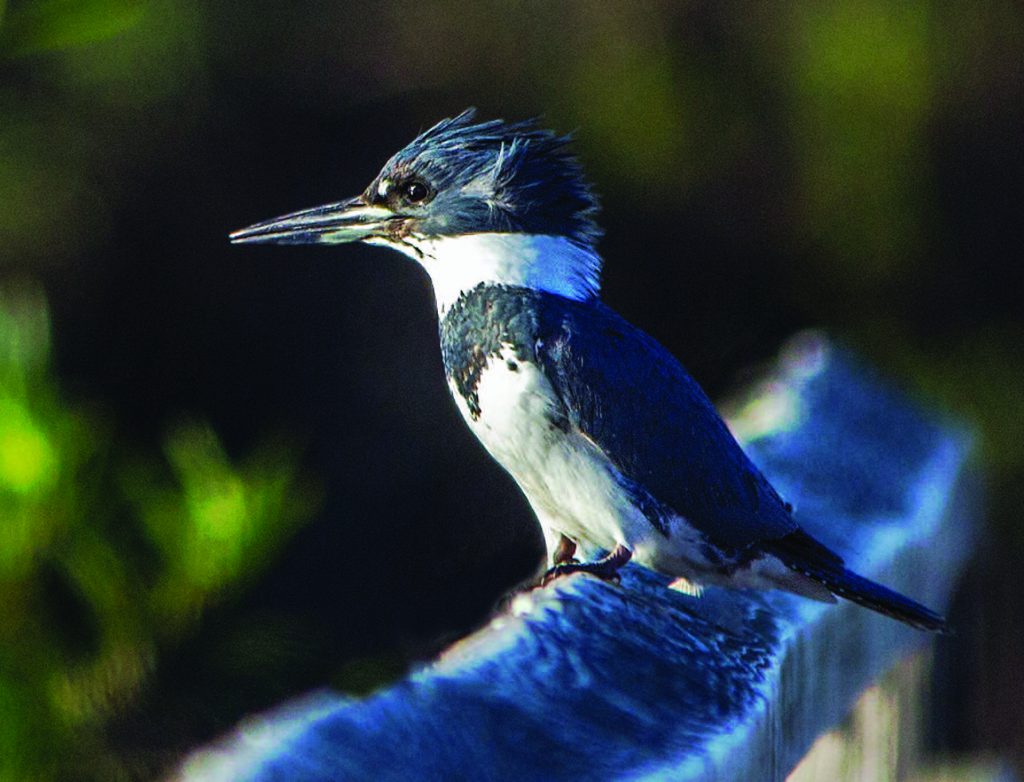 Shy birds are often a photographer’s prized subject, and these birds fit that bill.  You might think they are a type of woodpecker when you see their large pointy bills and hear their loud rattling calls, but these fishing experts are no woodpeckers.

August’s bird of the month is the shy Belted Kingfisher (Megaceryle alcyon)!!!!

Belted kingfishers (13″ long; 20″ wing span; 5 oz.) are always found near water, usually perched on poles ready to dive down to snatch a fish for lunch.  Interestingly, like owls, they will throw up a pellet of undigested fish bones, scales, and shells which scientists use to study their diet without having to actually observe or harm them.  At Bolsa Chica, they can often be spotted along the Wintersburg Channel, far into the distance, for they are rather shy birds by nature.  They have a delightfully distinctive voice similar to a woodpecker’s call.  Spread throughout North America, with colorful cousins to the south, they have a pretty big head and beak in proportion to their body size.  Female belted kingfishers have an extra rust colored band across their chest unlike the males, reversing the usual dimorphic characteristics of bird species with males being more colorful than females*.

*Learn more about why scientists think the females are more colorful than males: Why do female Belted Kingfishers have an extra rust-colored “belt” that the males don’t have?