You are here: Home / Animals / Bird of the Month- August is the Elegant Tern 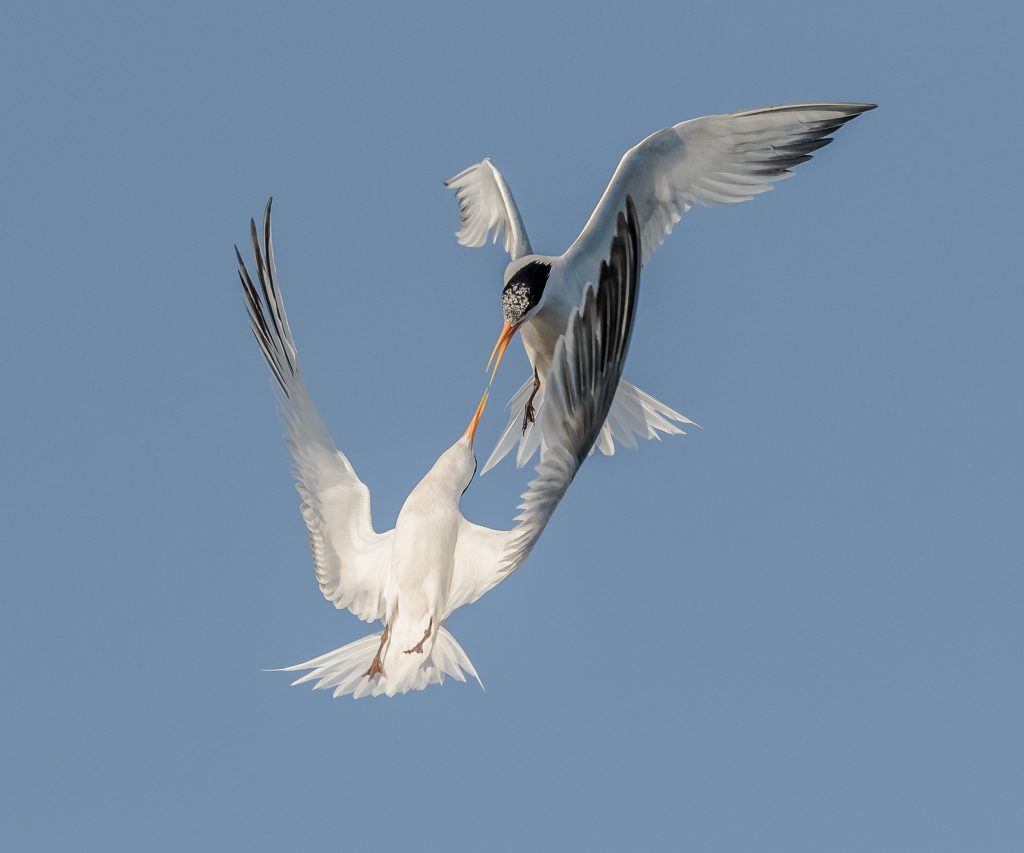 This bird species is dear to my heart because this is the species that got me to Bolsa Chica for the first time…and as they say, the rest is history haha!  I was helping conduct research on the feeding and nesting of these birds on North Tern island (the one you can see on the Eco-Cam).  Anyway, less about me and more about this bird species!

August’s bird of the month is the iconic Elegant Tern (Thalasseus elegans)!!!!

The Elegant Tern is a migratory species who comes to breed, nest, and raise their single chick during the late Spring and early Summer at Bolsa Chica.  One of the favorites to shoot BIF (birds in flight) for photographers, these birds rarely disappoint.  As so elegantly described in the Wings Over Bolsa Calendar: “Elegant Tern couples are constantly flying together.  This pair is engaged in an ethereal aerial ballet.  Elegants call out noisily, “kee-rick, kee-rick, kee-rick” during their flight and fill the Bolsa Chica skies with their Tern Symphony all summer long.”  To tell this tern apart from the other tern species look at it’s size (smaller than a Caspian Tern, but bigger than a Least Tern), it’s tail (not forked like a Forster’s Tern), and the bill (thinner, longer, paler at the tip, and curves downward more than a Royal Tern)*.  Size: 17″ long; 34″ wing span; 9 oz.  These terns, like the other terns, fish by aerial plunge-diving. From high in the air, they dive straight down into the water, bill first, to snatch unsuspecting fish.  Sometimes, if they are really good, they get more than one fish in a single dive!  They also like to ‘play’ with their food and have been caught tossing their fish in the air and catching it as it falls.  Fish are also important in their courtship display.

Watch the birds of Bolsa Chica live on our Eco-Cam!

*yes, there are other ways to distinguish the different species, but for the layman these generally work in a pinch. Most non-birders don’t know what a crest or a crown are, unless they happen to be part of the Royal Family (haha, I couldn’t resist).