You are here: Home / Animals / Bird of the Month- December is the Bald Eagle 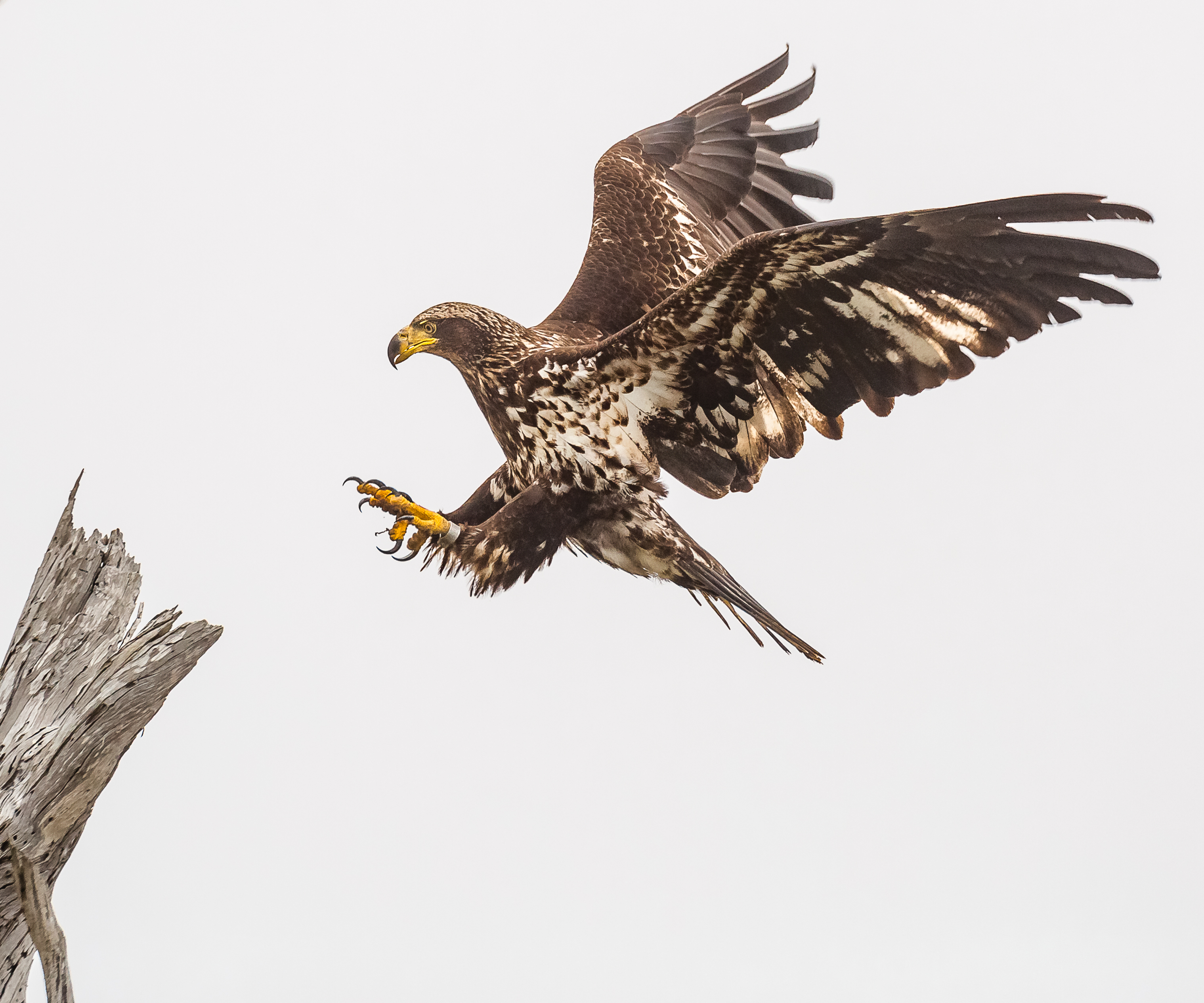 Iconic, symbolic, powerful.  These words are often associated with the bird of the month’s species.  Most people don’t realize we occasional host this great bird at Bolsa Chica (usually a juvenile from the Catalina Islands).  You might not recognize the juveniles from a quick glance, but their size should give them away (don’t confuse them with their cousins the Golden Eagle).  These birds are one of the largest in North America, and dwarf the common raptors at Bolsa Chica including the Red Tailed Hawk, Osprey, and Turkey Vulture.

December’s bird of the month is the Bald Eagle (Haliaeetus leucocephalus)!!!!

Bald eagles (31″ long; 80″ wing span; 9.5 lbs) are heavy birds with the distinct white head and brown body with yellow beaks and legs.  As juveniles, for the first 4 years, have dark heads and bills and are often confused for golden eagles.  This species was directly affected by the DDT pesticide and other pesticides which decimated the population in the 20th century.  Other factors that promoted the eagle to be listed on the Endangered Species Act in the 70s includes trapping, shooting, and poisoning.  After DDT was banned and having more protections, the population of bald eagles has increased so much, that in June 2007, the species was officially removed from the Endangered Species list!  Current threats are lead poisoning, collisions, habitat destruction, and environmental pollutants including oil spills.

Fun fact: bald eagles breed on Catalina Island off the coast of Southern California.  There are a couple of adult bald eagles more inland in OC, but you are more likely to find a juvenile from Catalina visiting Bolsa Chica.  This young bald eagle’s name is Ethan with the leg band 5D (see the metal ring around his ankle).  He’s 3 years old, born April 2015, and has a sister named Koko (leg band 5M).  He and his sister were born on Bald Canyon Nest in San Clemente to dad, K-76, and mom, A-32.  Dad hatched in 2007 at the Twin Rocks nest and is the first naturally hatched Catalina bird to breed.  Mom was hatched near Juneau, AK in 2004 and brought to Santa Cruz Island.

You can learn more about banded birds at the local Sea and Sage Aububon site.  If you see any bird that has been banded/tagged you can report it on the USGS Bird Banding Laboratory at: http://www.reportband.gov/