You are here: Home / Animals / Bird of the Month- February 2020 is American Pipit 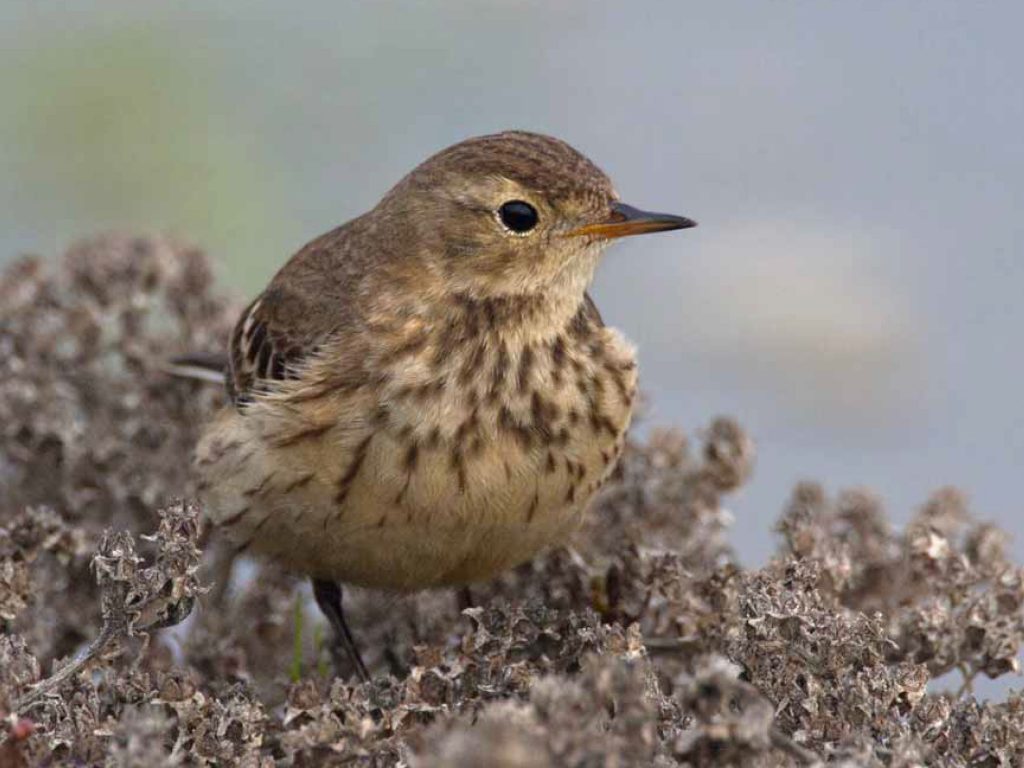 While they may be called the American Pipit, these little birds can also be found in Greenland, eastern Russia, and parts of northern China and Mongolia.

The American Pipit (6.5’’ long; 10.5’’ wingspan; 0.74 oz.) is the most common pipit seen in North America. In breeding season it nests on the tundras of the far north or high in the mountains, but in the non-breeding season they are found on open ground, fields, and beaches as far south as Costa Rica. At Bolsa Chica look for them from August to March in small flocks foraging for insects and seeds in open areas wagging their tails.  They flush easily when approached. This easily overlooked small bird has long legs, large eyes, streaked buffy underparts, pale lores, and shows white outer tail feathers while in flight. They make high, thin ‘pip-pit’ sounds.

**  Correction:  We would like to thank one of our trusted bird photographers, John Hannan, for catching our mistake.  We originally identified this bird as a Juvenile Horned Lark.  Our apologies to the the photographer and any confused birders.