You are here: Home / Animals / Bird of the Month- January is the Bufflehead 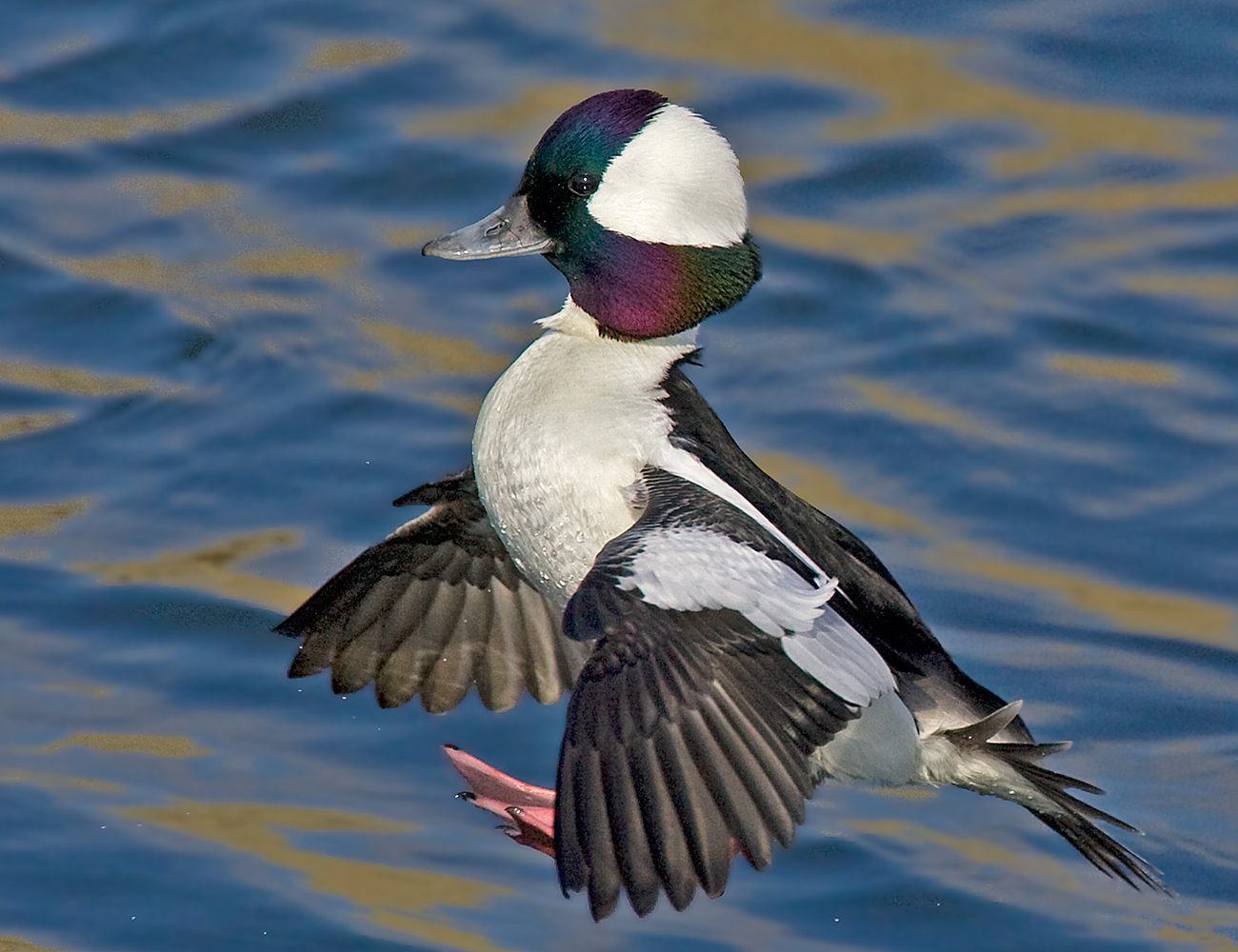 What is black, and white, and adorable all over?  This species of duck is seen in large numbers in the winter at Bolsa Chica and are often spotted right off the wooden walk bridge.  Sometimes, these buoyant ducks will literally pop up out of the water like a cork when they resurface from feeding in the depths of the bays.  When they dive, they leap forward slightly out of the water as they squeeze the air out of their feathers, and then plunge down into the depths.  They are always a fun duck to watch bobbing up and down like little black and white rubber duckies.

January’s bird of the month is the Bufflehead (Bucephala albeola)!!!!

Small diving ducks, the Bufflehead (13.5″ long; 21″ wing span; 13 oz.) has striking white and black (or is it?) plumage.  The black feathers on the head are iridescent so when the light hits the feathers at a particular angle, a rainbow of sheen can be seen (like in the photo above).  This duck is named bufflehead because the males’ “buffalo-head” puffy shaped head.  One of the easiest ducks to identify at Bolsa Chica, we know the duck migration is in full swing when we start to see this duck arrive to our bays.  In our ocean-fed bays, these ducks feed on crustaceans and mollusks like snails.  The males start their courtship displays in winter by flying short flights over a female, sliding into the water with crest feathers raised, and performing head bobs. Unlike most ducks, buffleheads are mostly monogamous, staying with the same mate for multiple years.