You are here: Home / Animals / Bird of the Month- June is the Lesser Goldfinch 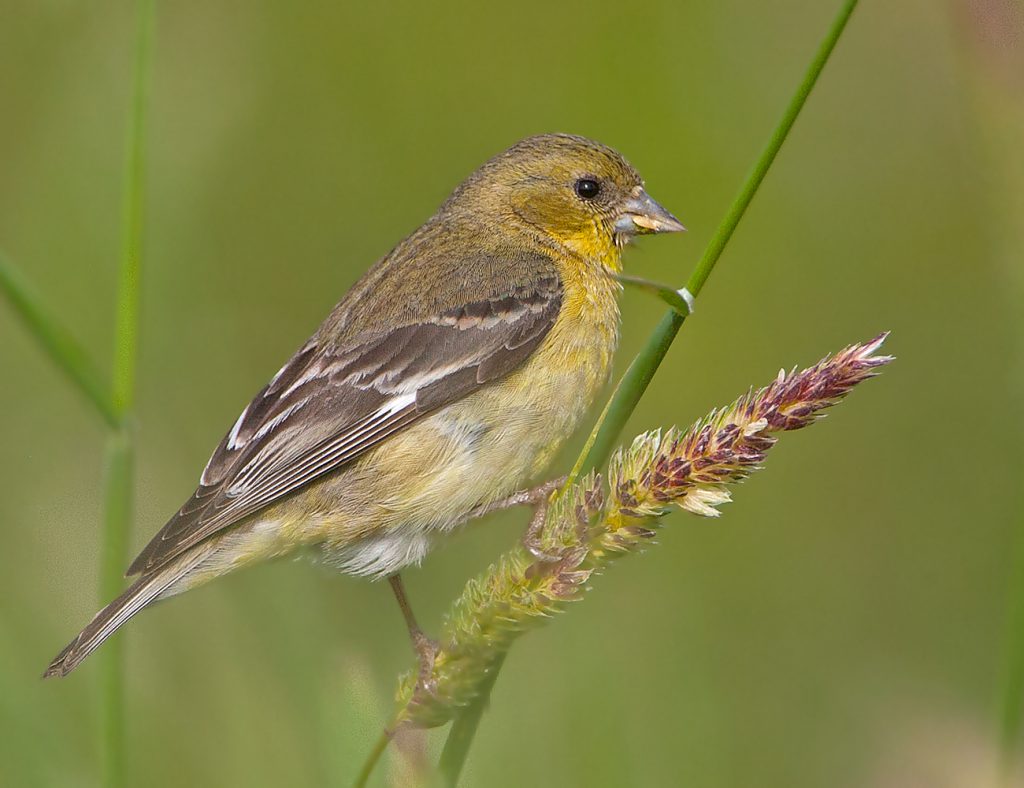 A small bird that is often dangling from the end of flower stalks, this species is often seen in flocks in open habitats and gardens.  These birds are seed eaters and will often be seen in a mixed flock of bird species at bird feeders.  Having wheezy songs, sometimes the songs will even contain song fragments from other birds.  A complete black-cap on the head helps distinguish it from the similar American Goldfinch (Spinus tristis).

June’s bird of the month is the social Lesser Goldfinch (Spinus psaltria)!!!!

Lesser goldfinches (4.5″ long’ 8″ wing span; 0.33 oz) are bright yellow with olive green backs, darker green almost black as you move Eastward, and a complete black-capped head on males.  Females are more dreary yellow with smaller wingbars and more uniform olive color than the American Goldfinch.  This species is the smallest goldfinch in North America and is very common in California.  At Bolsa Chica, you will find these birds on the uplands/Mesa habitats hanging off of the grasses and flowers that have gone to seed.  Their preferred seeds come from flowers in the sunflower family, Asteraceae.  They will also eat buds, flowers, berries and small insects like aphids.  These birds don’t sit still very long, often times fluttering and hovering from one flower stalk to the next.  During the breeding season, males will establish a territory and sing from the tops of trees to attract a female.  Once a female chooses a male, the male will feed her as she sits on the nest incubating eggs.They nest in trees or tall bushes near rivers.