You are here: Home / Animals / Bird of the Month- May is the Tricolored Heron 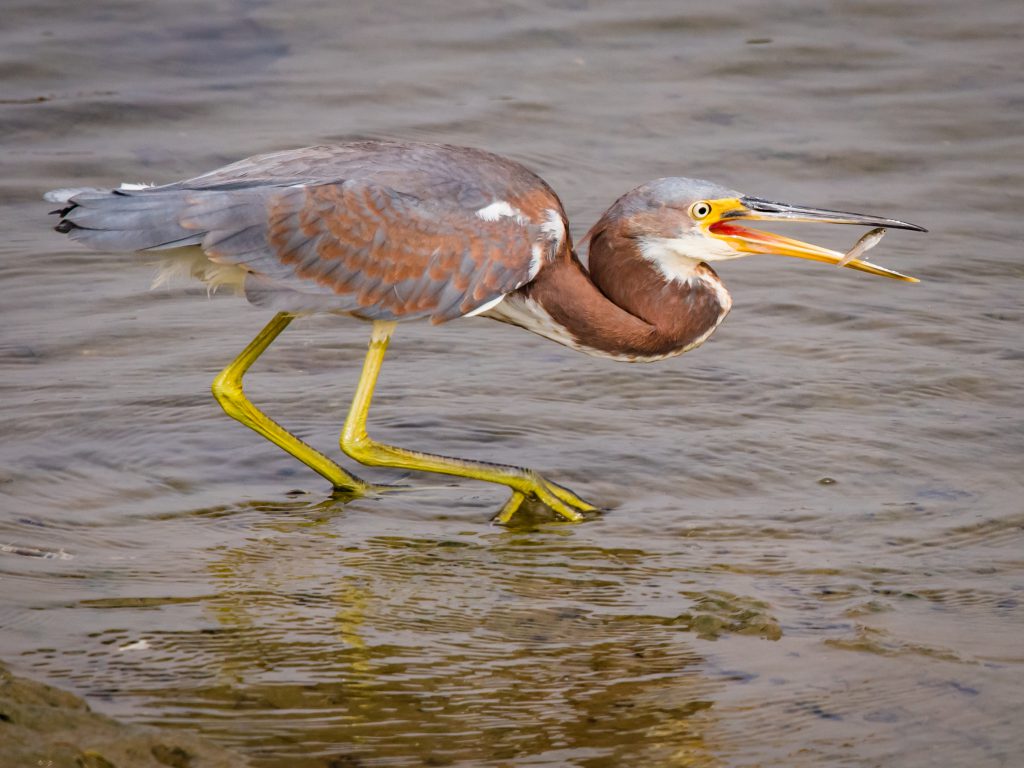 A rare visitor to Bolsa Chica, let alone this high north on the Pacific Coastline.  A small sized bird compared to its resident relatives, this bird created quite the excitement in the birding world when it came for an extended stay in 2018.  Having distinct plumage colors, it was not hard to spot among the other local herons and egrets.  This species was formerly known as the Louisiana Heron.

May’s bird of the month is the exotic Tricolored Heron (Egretta tricolor)!!!!

The Tricolored Heron (26″ long; 36″ wing span; 13oz) was seen in the Pocket Wetland and the Wintersburg Channel during it’s visit to Bolsa Chica.  He/She hung around the resident herons and egrets.  Tricolored herons are usually found along the Gulf coast and Mexico, but some migrate more north along the Atlantic and Pacific coasts.  They have wonderful coloring with a white belly and underwing feathers contrasting with gray feathers on its back and neck (rusty copper colors with the gray feather as juveniles like in the photo).  While it hunts for small fish it runs, stops, with quick turns as if dancing like our snowy egrets sometimes do.  A neat fact about these birds is that their parents will bow at the chicks when they come back to the nest to discourage the growing chicks from lunging and snapping at them.  We’re not the only species that have to deal with impatient angsty kids!