You are here: Home / Animals / Bird of the Month- November is the Sage Thrasher 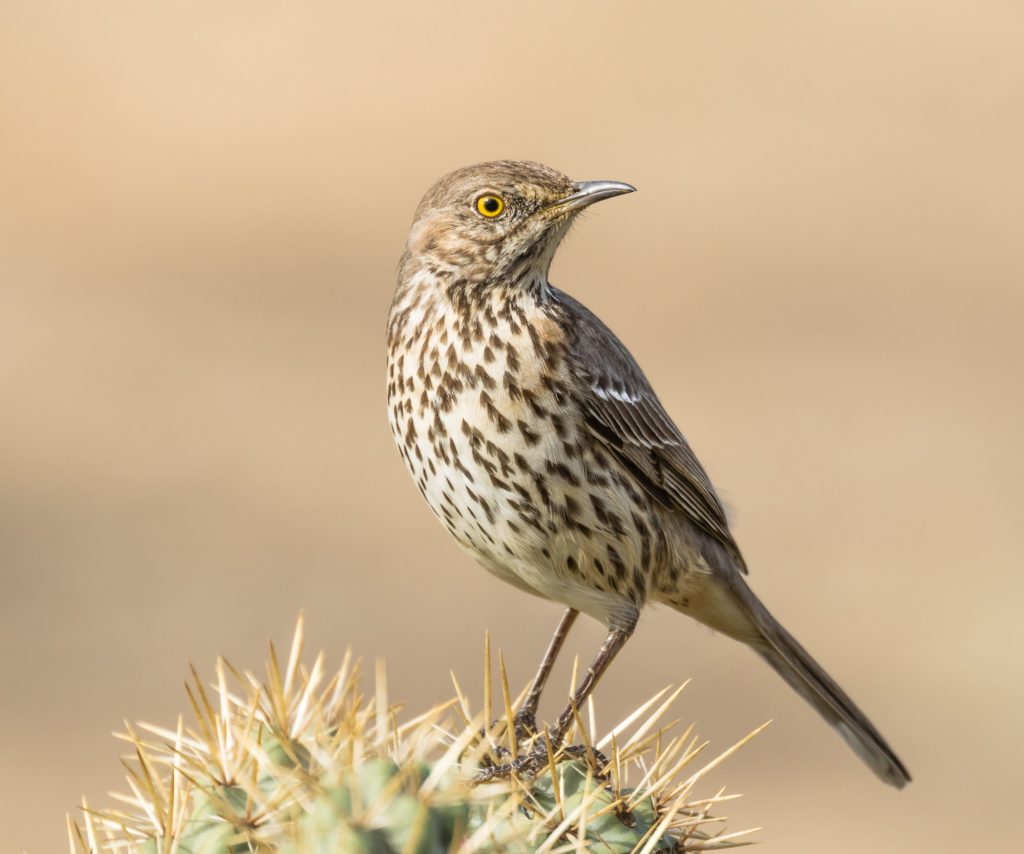 Shy, secretive, and rarely seen, this bird species is a unique visitor to Bolsa Chica’s Mesa coastal sagescrub habitat and cactus stands.  This is the smallest thrasher in North America with a shorter bill than other species of thrashers.  During the breeding season, this species almost exclusively lives in sagebrush habitat in the Mid-west, which is being threatened by development, invasive species, and grazing.

November’s bird of the month is the elusive Sage Thrasher (Oreoscoptes montanus)!!!!

The sage thrasher (8.5″ long; 12″ wing span; 1.5 oz) is usually found in sagebrush habitats of the western plains.  They eat berries, fruits, and insects.  Related to mockingbirds, sage thrashers will mimic other bird calls and songs.  During the breeding season the males are notoriously long-winded singers.  This is the best time to see them, because they perch high on shrubs to defend territories with their songs.  Otherwise, they are most often on the ground or in deep dense brush, and will even run, rather than fly away, when startled.  Rather drab brown overall with a speckled white-cream chest, it blends right into the shade filled branches of dense scrub.  At Bolsa Chica, you are more likely to see their relatives the Northern Mockingbird (Mimus polyglottos) and California Thrasher (Toxostoma redivivum).