You are here: Home / Animals / Bird of the Month- October is the Red-tailed Hawk 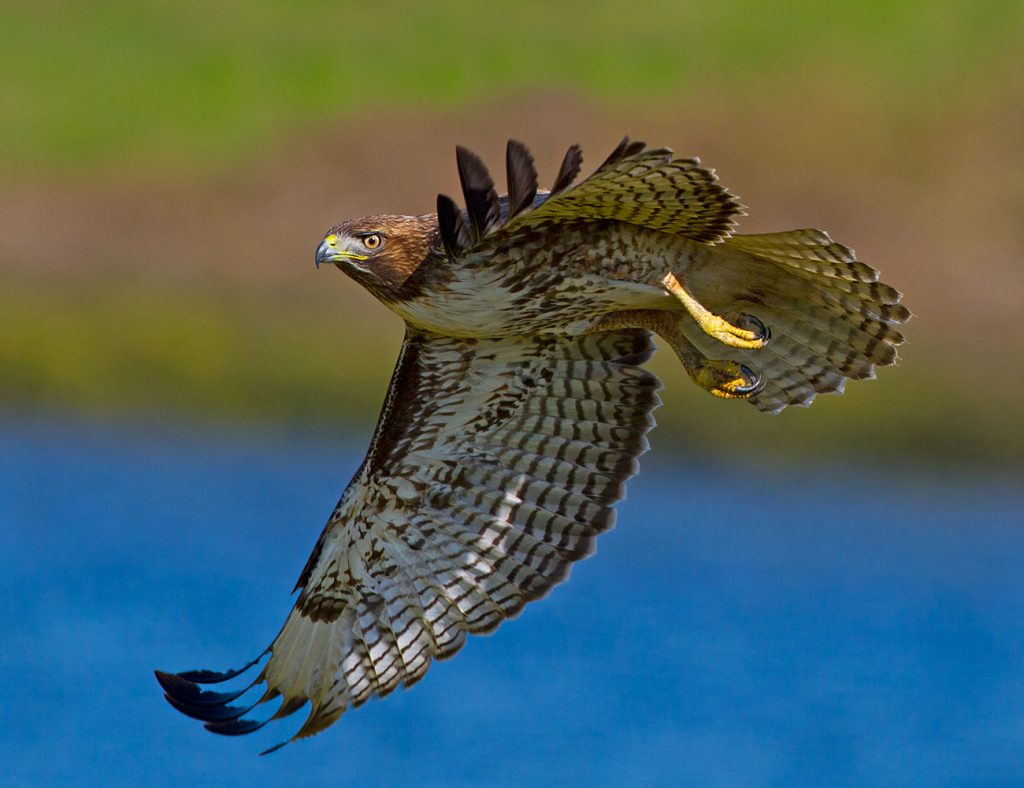 One of the largest hawk species in North America with an iconic call that is oftentimes mistaken for an eagle call (blame movies and television).  This bird has a few different plumage morphs and it is the most common hawk around living in many different types of habitats.  Once you get to know this species, you can’t help but love this familiar, high-soaring raptor.

October’s bird of the month is the spectacular Red-tailed Hawk (Buteo jamaicensis)!!!!

The Red-tailed hawk (22″ long; 50″ wing span; 2.5 lbs) is the most common hawk in North America.  This is a large hawk with a rusty red tail when mature.  Depending on the ‘morph’ of the bird, it can vary in color, with the ‘dark-morph’ darker than the ‘rufous-morph’.  Also, when red-tailed hawks are juveniles, their tails are banded with brown.  Most often you will see this bird circling and soaring high in the air on thermal updrafts, or perched high on poles or trees staring at the ground for movement.  They are not picky eaters and are often seen eating small mammals, other birds, or even reptiles like snakes, but don’t worry, your dog or cat are rarely on the menu.  If you see a hawk or an eagle on TV and hear a shrill cry, it is almost always a red-tailed hawk making that sound.  At Bolsa Chica, look in the trees for a perched red-tailed hawk or high in the sky for soaring one.  To tell the difference between a turkey vulture and a soaring red-tailed hawk, a red-tailed hawk has shorter more square wings and are more steady while they soar.  Also, turkey vultures have a distinct v-shape with their horizontal wings as they fly, compared to the straight shape of a red-tailed hawk.