You are here: Home / Animals / Bird of the Month- September is the American Kestrel 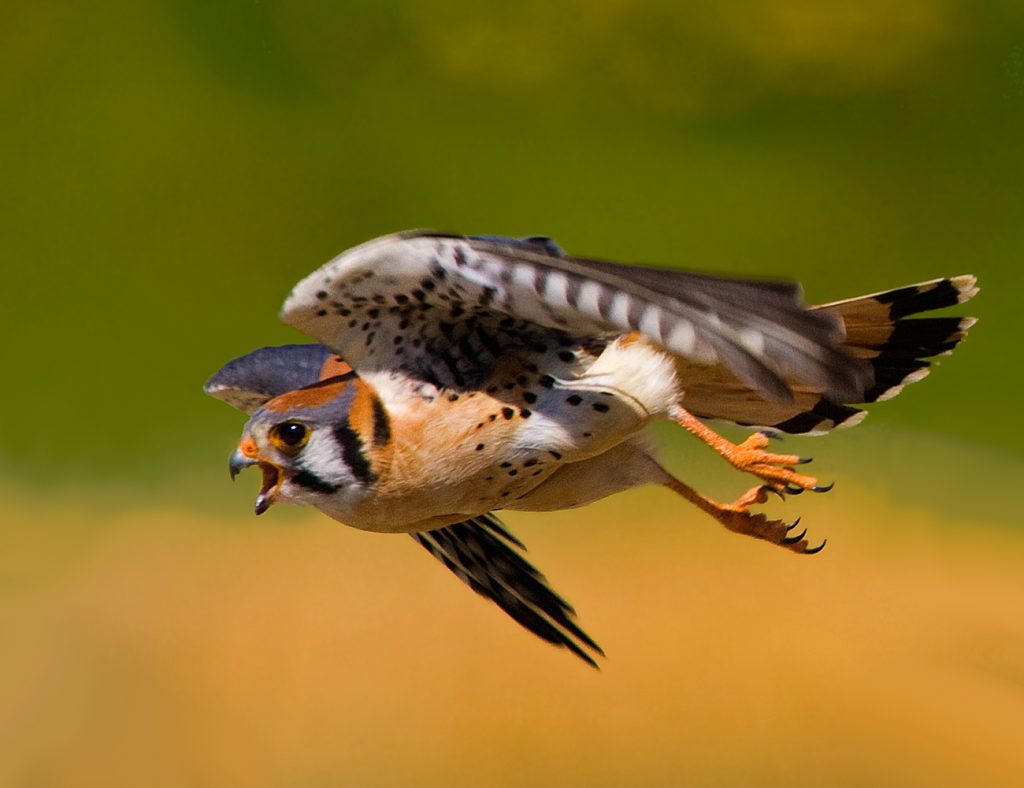 The size of a Mourning Dove, these fierce firecrackers are not what you would expect from a top predator.  Well, unless you are a lizard or a large beetle.  The males of the species have the most colorful plumage of all falcons.  Given their small size, they are also prey for larger hunters like Red-tailed Hawks and Cooper Hawks.

September’s bird of the month is the striking American Kestrel (Falco sparverius)!!!!

The smallest falcon in North America, the American Kestrel (10″ long; 22″ wing span; 4.1 oz) is one of the most colorful raptors at Bolsa Chica.  The species is dimorphic, which means the males look different from the females.  Females are the drabber of the two, but she has beautiful rusty red on her back, tail, and wings with streaking on the check and wings, and bold white and black pattern on her face.  Males have blue wings and blue on the crown of their heads along with the white checks, and black mustache; their look is completed with the brown spots on their rusty backs, paler chests, and a black band on the tip of the tail.  The American kestrels are most often seen near the American Century plants (Agave Americana) and on the mesa fence.  They mostly eat lizards, small mammals, insects, and sometimes smaller birds.  The female who is often seen on the fence is affectionately called Diva by our Bolsa Chica Stewards who are always happy to see her watching over the newly installed native plants on the mesa.