You are here: Home / Animals / Bird of the Month- September is the Western Gull 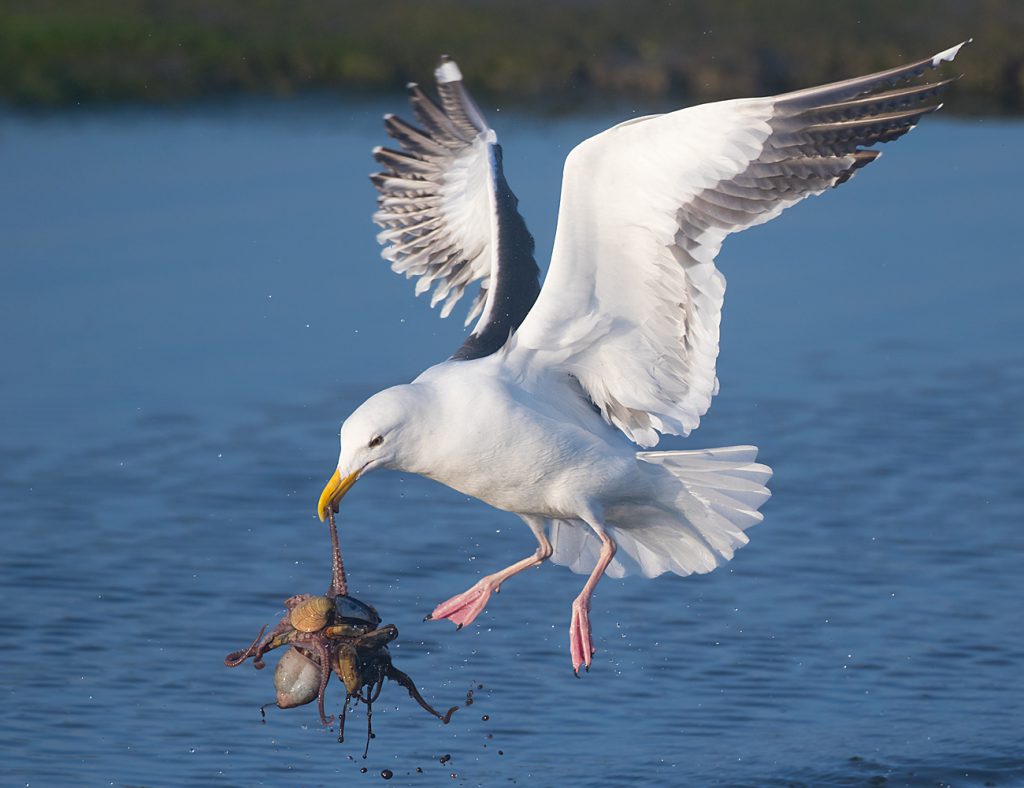 This bird is the iconic feathered symbol of the beaches like pigeons (rock doves) are to cities.  More commonly called ‘sea gull’ along with other similar species, this species tries to steal food off our snack table during volunteer restoration days and is also dubbed ‘octo-gull’ here at Bolsa Chica because of photos like the one above.

September’s bird of the month is the opportunistic Western Gull (Larus occidentalis)!!!!

Western gulls will eat just about anything from anyone.  They will forage for food themselves, they will steal food if given the chance, they will scavenge for carrion, and even pick out of our garbage. Here at Bolsa Chica, they are rather famous for wrestling octopuses and are affectionately called octo-gull. While walking across the tidal bridge between Outer and Inner Bay, you might find some empty clam shells on the cement and wonder how they got there.  The answer is the Western gulls.  These birds will drop clams from high in the air to crack open the shells so they can eat the yummy morsel inside.  If you’re really lucky (or unlucky if you get hit in the head) you can watch them in action.

You can see these gulls year round at Bolsa Chica, and it is the only gull species to nest on most of the Pacific coast from WA down to Baja CA.  Now, in terms of identification, gulls are HARD.  One could argue that gull identification is “one of the most challenging and subjective puzzles in birding” (Sibley, 2014, p.200).  Along with the standard overall size, bill, leg color, head shape, vocalizations, etc. differences between species, there are 3 main categories of plumage variation just within the same species: age, wear and fade, and individual variation.  Western gulls take 4 years to mature into adults and that means there are a lot of different variations.  Generally, this is a very large gull (25″ long; 58″ wing span; 2.2 pounds) with a heavy or thick bill and dark back.  Best of luck birding!