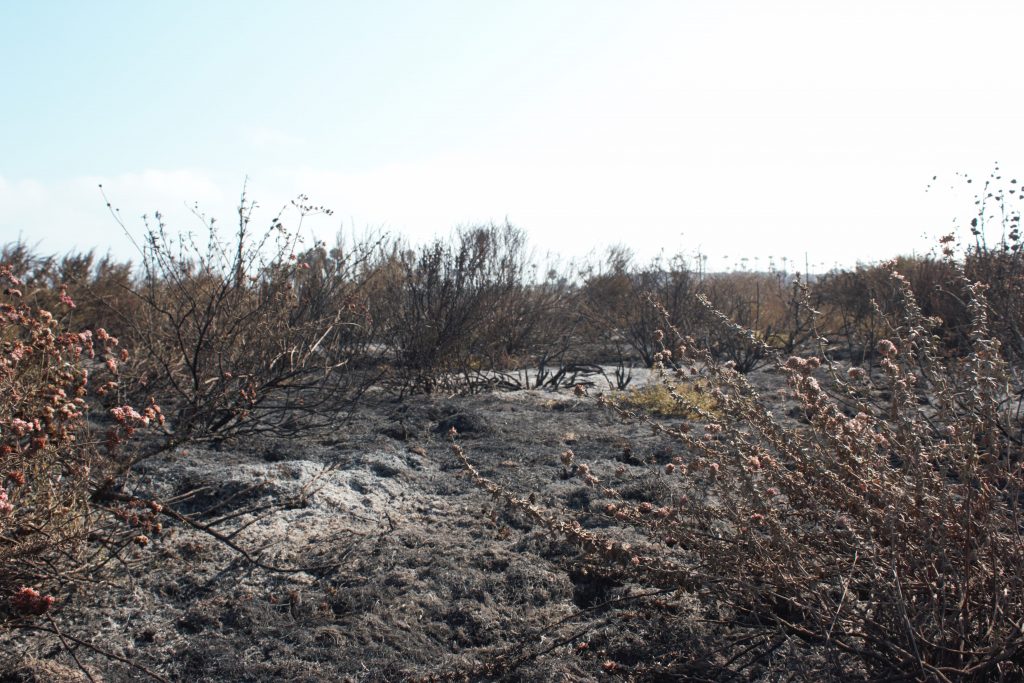 At around 4pm on July 26, 2020, there was a large brush fire that consumed approximately 62 acres of the dry upland Mesa habitat within the Bolsa Chica Ecological Reserve.  The fire started close to the Mesa trail and went Eastward up towards the Brightwater houses.  Thanks to the quick work by Huntington Beach Fire Department, with the help of OC Fire Authority (water-dropping helicopters) and Fountain Valley Fire Department, the fire was extinguished by 7pm.  The official cause of the fire is ‘undetermined’ by the Huntington Beach Fire Department.  No buildings nor people were harmed.

Even though our Growing Space nursery on the Bolsa Chica Mesa was at one point completely surrounded by flames, it was not damaged, minus a few melted trashcans.  This is because the Growing Space Stewards had created a large buffer of cleared area or ‘defendable space’ around the nursery.  Not a single plant was burned!  Also thanks to John P, Mike McMahan, and Thierry Kolpin for putting out hot spots near the trail and around the Growing Space during the fire!

by Kim Kolpin and Jennifer Thomas