You are here: Home / Habitat Restoration / Brown But Not Dead: A Reflection Nine Years in the Making 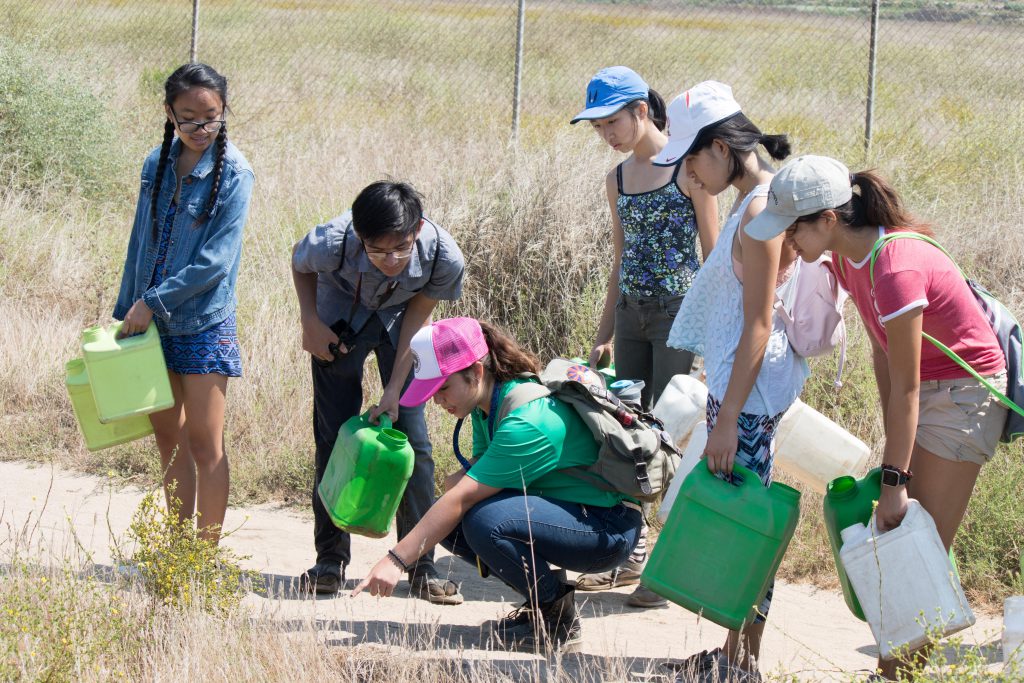 My first summer on the mesa comes back to me in pieces—a patchwork quilt of dry, fragrant sagebrush and chalky dust on my small work boots.

I remember drawing smiley faces in the dirt trail on my first workday with a small Griffyn Kolpin, who I now know as the youngest brother of one of my best, lifelong friends as well as the son of one of my life’s most important mentors. I remember having worm races with the Land Trust’s famous Bloom sisters, as well as my own sister, and how meticulously we patted the dusty sediment at the bottom of a small pit we had dug to ensure that our slimy competitors couldn’t simply tunnel their way out of the “arena” we had built. I remember learning invaluable lessons about some of our native plants—

This one, with the seed pods and harlequin beetles on its leaves is called bladderpod.

I remember stumbling through the dry, shrubby landscape, tottering with the weight of a water bucket in one hand, and spilling it all over my jeans before I could even reach the first plant I needed to water, turning the dust that settled on my pants into a damp, heavy mud stain.

As it turns out, I haven’t gotten any better at avoiding mud since I was eight years old. Just ask my mom when she has to run the laundry after each Bolsa Chica work day. 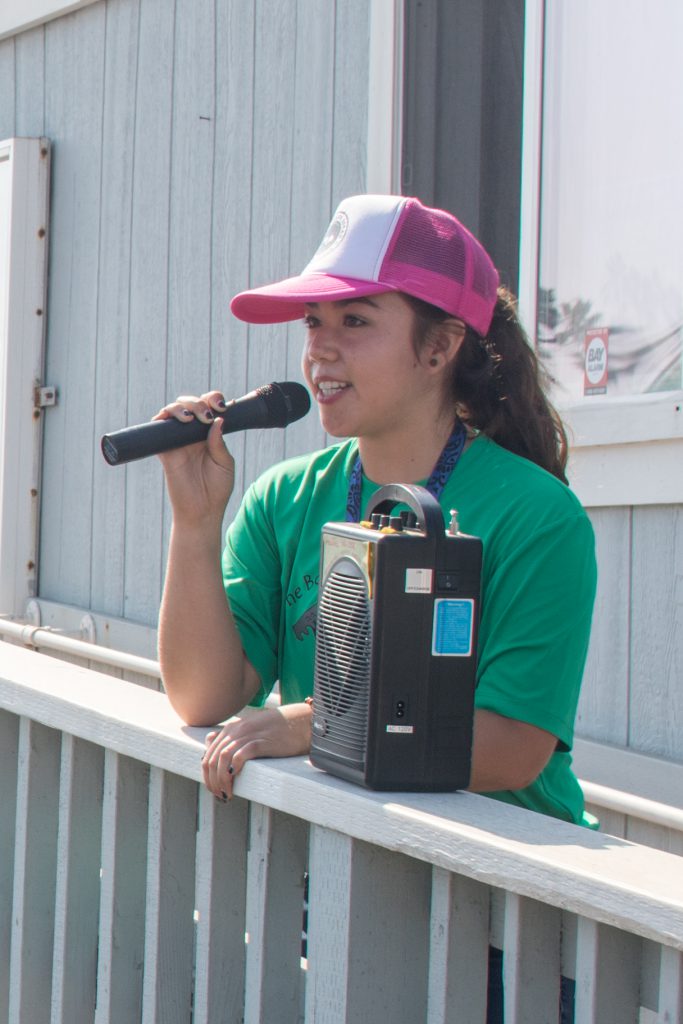 Eight more summers have passed since that first in 2008, not to mention this summer, which only has one workday left for me before I have to move away for college. I have ventured on Junior Stewards field trips to Catalina Island and into the mountains. I have been given charge of small work groups. I have lead clubs from my high school on workdays and taught my friends how to plant (which is surprisingly less common knowledge than you might expect). All of these lessons in leadership have culminated into my final great task with the Land Trust—leading an entire workday.

I sat alone in front of the trailer at eight o’clock sharp on the morning of July 15th. When Erin arrived, I followed her nervously, inquiring about everything I could think of while simultaneously worrying that I wasn’t asking the right questions to get the job done effectively. An hour later, I had a microphone in my shaky hand and began addressing the mass of people that seemed to accumulate in the parking lot in just mere minutes. After that, it was nonstop action. What’s the status on water at station two? We need more volunteers at the point. Someone, please send an empty wagon to the kaboose. What? The kaboose doesn’t need a wagon anymore? Hey! Where’s the water truck going?!

It didn’t take long for me to develop an intimate friendship with my walky talky.

By eleven o’clock, I was flustered, floundering, and feeling overwhelmed by the “controlled chaos” (quote: Kim Kolpin) that I found out is a defining characteristic of a Bolsa Chica workday from the perspective of the people involved in orchestrating it. However, a close support group of volunteers, friends, and family made the constant running back and forth between stations and split-second decision making not only memorable but also enjoyable. At the end of the day, the older volunteers and land trust members teased me about the responsibility and joked (I hope?) that I had just barely managed to scrape by with a C- in Bolsa Chica workday management. A little later, when we all sat around a couple of pushed-together tables at Super Mex for lunch, I took a look at the people around me—my teachers and mentors, my family and closest friends—and I thought about the incredible impact each person there had made on me. People who had taught me to both liberate and conserve; how to live and how to care. Regardless of where life takes me from here, each of these people has played a role in shaping me into who I am today, and has influenced me to do whatever I may accomplish in the future. 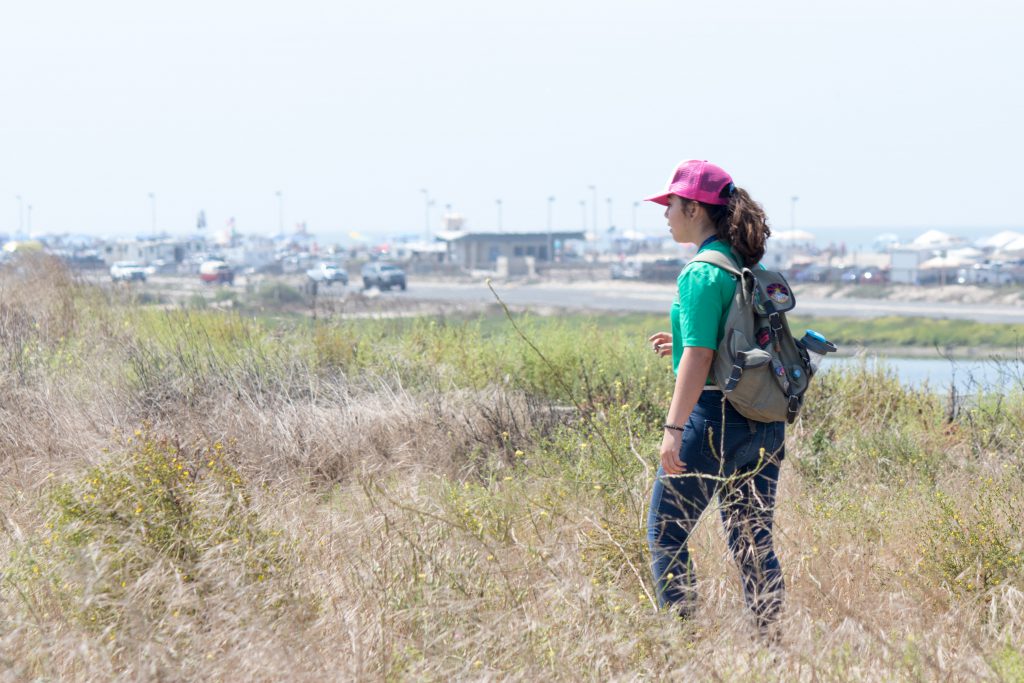 That first summer I started volunteering with Bolsa Chica, I remember the mesa looking very brown. The landscape was covered in dry European grasses, airborne clumps of stiff, stubborn Russian thistle, and, of course, the infamously cruel crystalline iceplant. While those tenacious invasive species are far from being eradicated, the number of large, native shrubs has increased to such an extent that those dusty, brown grasses no longer dominate the scenery as you walk along the trail. In fact, after years of volunteering with the Bolsa Chica Land Trust, my world looks a little greener.

Graduating from the Bolsa Chica Junior Stewards has been every bit as impactful and emotional as my high school graduation. Lessons learned and friends made over these past nine years are invaluable, on both a practical and sentimental level. As I prepare to take the first steps into the next phase of my life, I will always keep in mind that just because something is brown, doesn’t mean that it is dead—there is always hope for us to restore life if we can offer the right kind of attention and care. A little concern and stewarding in everyone has the potential to make all the difference in the world.

The BCLT Board of Directors is so very proud of Katrina and we thank her for her commitment, dedication, and friendship.  It has been wonderful to watch her grow into the confident and accomplished young woman she is today.  We wish her all the best as she leaves Bolsa Chica this fall to study environmental science at UC Berkeley. ~ Kim Kolpin Executive Director

Bolsa Chica is a Part of Me#NationalPollinatorWeek: Adorable BEES!