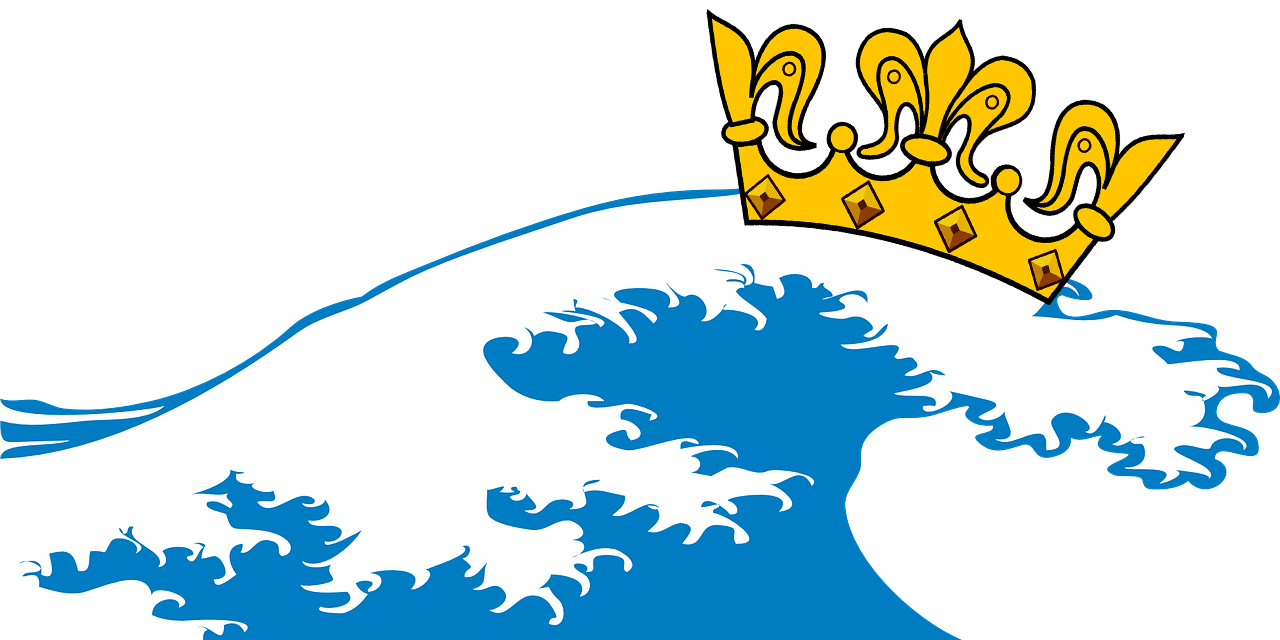 And with it, the first CA King Tides of 2017 hit our beaches this week starting on Tuesday, Jan. 10th and running through Thursday, Jan. 12th.

What is a King Tide?

A King Tide is the common term for the highest tides in a given year.  King tides are a result of the gravitational tug of war between the moon and the sun becoming aligned.  They are completely normal, predictable, and happen about twice a year.  King Tides can reach past 7 ft high compared to the normal 4 ft high tides.  Sometimes this can lead to flooding of low-lying areas and roads: for example, the North Parking Lot at Bolsa Chica has been known to flood during King Tides.

So why do we care?

During these events, climate scientists and observers can get a glimpse of what a permanent sea level rise might look like.  From the USA EPA website:

King tides bring unusually high water levels, and they can cause local tidal flooding. Over time, sea level rise is raising the height of tidal systems. Average daily water levels are rising along with the oceans. As a result, high tides are reaching higher and extending further inland than in the past. King tides preview how sea level rise will affect coastal places. As time goes by, the water level reached now during a king tide will be the water level reached at high tide on an average day.

Here in Huntington Beach, and Orange County in general, it is a very important event to pay attention to because it helps us identify areas that are flood-prone and how to plan for the future (which cities in OC are best prepared today?).  For us at Bolsa Chica, that means we have to consider the long-term effects of rising sea level on our restoration projects.

For CA King Tides, there is the California King Tides Project which is a community-based project aimed at recording the effects of CA King Tides up and down the coast.  The main way to get involved with the Project is to take pictures of the King Tide (plan your shoot) and share the photos on their Flickr page, or with the hashtag #KingTides, you can tag @Ca_King_tides on Twitter or post it on their Facebook wall.  Learn more about how to share your pictures and how to get involved.

Do you plan on taking pictures of the King Tides at Bolsa Chica or have any pictures from previous King Tides?  We’d love to see them!  Post it in the comments below or share it with us on Facebook or Twitter!

A record week for planting: 1,300 plants planted by volunteersWhere is Ridge and Goodell?