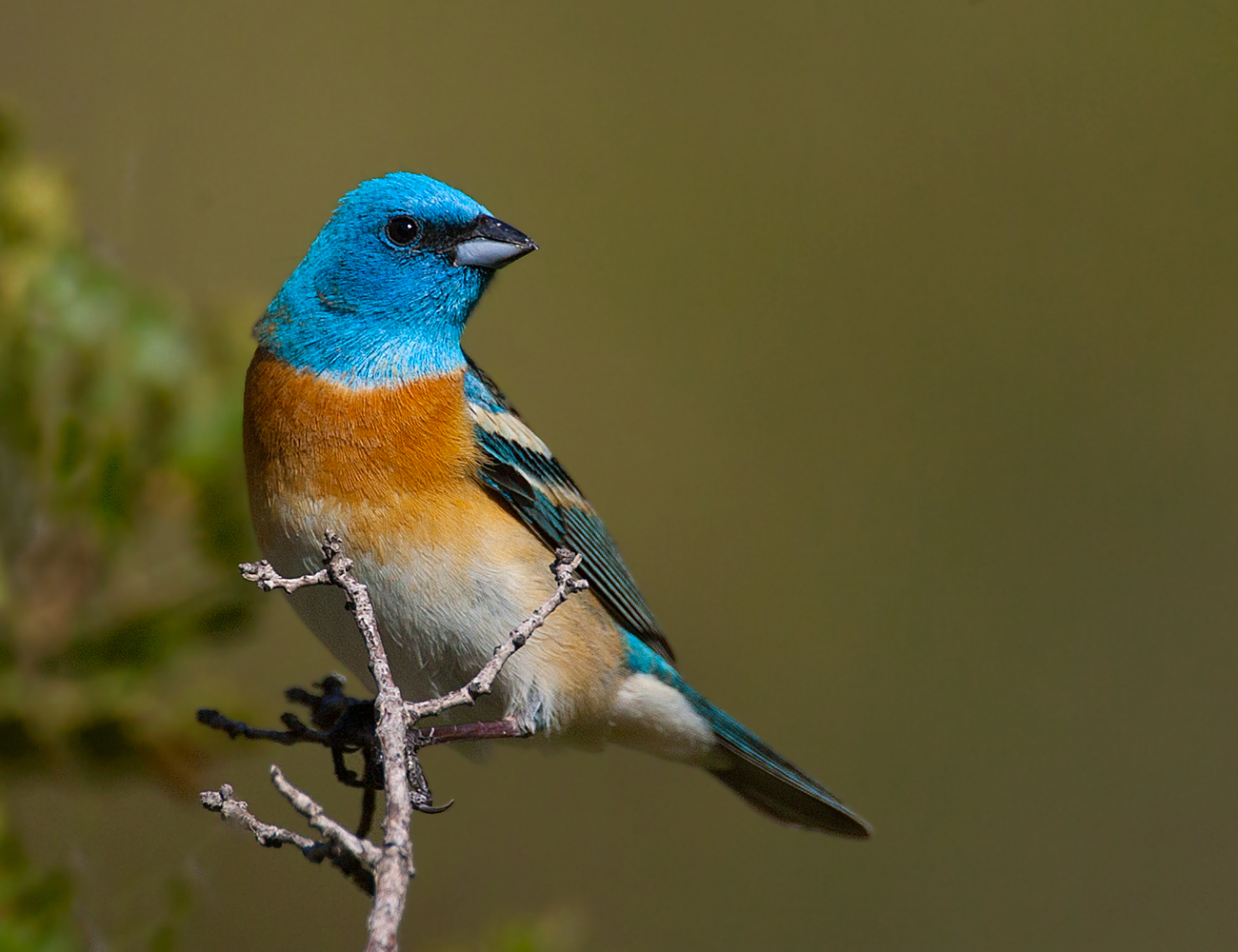 What a looker!  The male of this species has stunning blue and pumpkin colored breeding plumage, and even in non-breeding plumage their colors are still pretty colorful.  Females aren’t as striking, with the exception of blue tints on their wings and tails, with mostly warm brown and pale cinnamon plumage colors.

The 2019 Calendar Cover bird is the Lazuli Bunting (Passerina amoena)!!!!

Lazuli buntings (5.5″ long; 8.75″ wing span; 0.54 ounce) breed on the coast of Southern California, so we are lucky to see them in their bright breeding plumage.  Look for them near the coastal sage on the hillsides during the Spring, especially in the month of April.  The males, like the one in the photo, can be seen at the top of the bushes singing and defending his territory.  Each male has a unique song that they compose when they are juveniles from the notes of neighboring males’ songs.  Often times, neighboring males have similar song elements creating a ‘song neighborhood’.  They are mostly seed and insect eaters, and will visit feeders that have white proso millet.

BCLT Honored with a Congressional Record