Summer time is always a slow time for the Stewards.  We don’t plant in the summer so that leaves weeding and watering the native plants we had planted the season before.  We can’t go below the Mesa to pick up trash either, because of the breeding birds.  A lot of folks are also off on vacation soaking up the sun or exploring a new city or natural park.  That usually makes the summer work days nice and relaxing where we can pull weeds and catch up with friends.

Sunday was just that, a nice relaxed work day for the Stewards with pleasant overcast skies.  It was a small group which wasn’t too surprising given that it was the day after the 4th of July.  We focused on weeding out the green rectangle of non-native grasses and Russian thistle to open up the area around the native grasses that were planted and sprouted from seed.  We had to weed around the tar plants which takes vigilance and careful weeding and everyone did a great job.

One highlight of the day was spotting a rattlesnake path in the dirt on the trail.  The snake slithered into the dense tar plant area and curled up a good distance from the trail, but it left a cool wavy impression in the dirt.  Danny, the Jr. Stewards Coordinator, took his hand tool and wrote out ‘Rattler Trail’ below it. 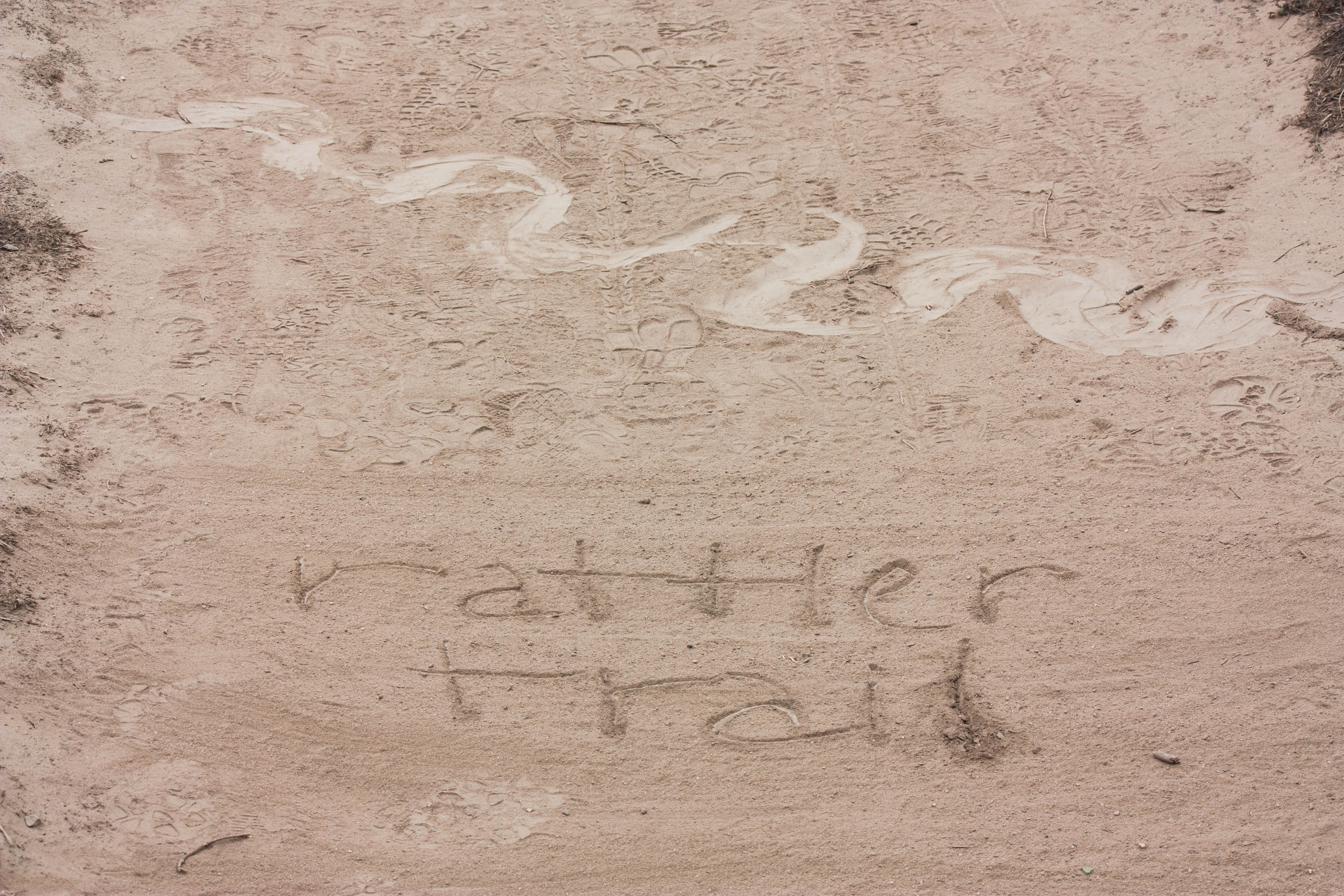