You are here: Home / Habitat Restoration / Rallying the troops 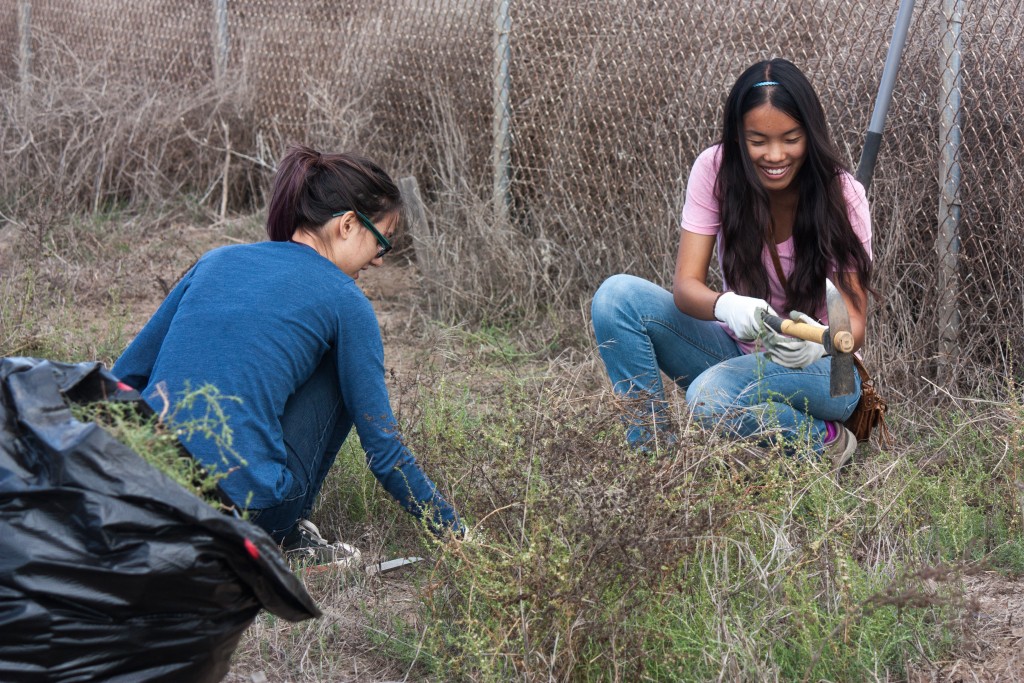 On Sunday, I rallied the troops for battle against a spiky and ruthless foe.  To our advantage, the enemy is bright neon green and relatively small at this stage, however, it has already begun reproducing new soldiers for next year.  Therefore, we not only had to pull it out of its stronghold in the land but also bag and remove the little devils from the Mesa.  Many of us were pierced and scratched in our valiant attack, but everyone walked away with their heads up with a feeling of accomplishment.  We were able to haul out 27 bags of the threat. 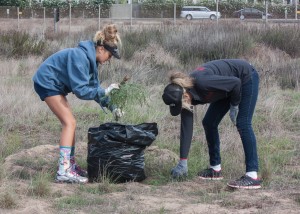 Our enemy for last Sunday’s Stewards’ work day: Russian thistle (Salsola tragus).  The thistle, better known as tumbleweed, isn’t as big as last year, but it sure is the dominate, non-native invasive plant.  The flowers are nondescript small white circles right against the stem of the plant.  It’s also covered by small sharp spines on the leaf tips making this plant prickly to the touch.  It is a very common invasive plant throughout the southern states.  As it’s so nicknamed, the tumbleweed breaks off from the root when it is dried up and is rolled around by the wind to spread its numerous seeds.  Some people have been known to pick perfectly round dried plants, spray paint them black and stick them in their yards as Halloween decorations (Thierry is rather creative).

But it’s not just Russian thistle that is choking out the natives.  Australian saltbush (Atriplex semibaccata) is starting to get a foothold on the Mesa too, and we can’t forget crystalline ice plant (Mesembryanthemum crystallinum).  But one battle at a time.