You are here: Home / Habitat Restoration / Relaxed Sunday morning with the Stewards 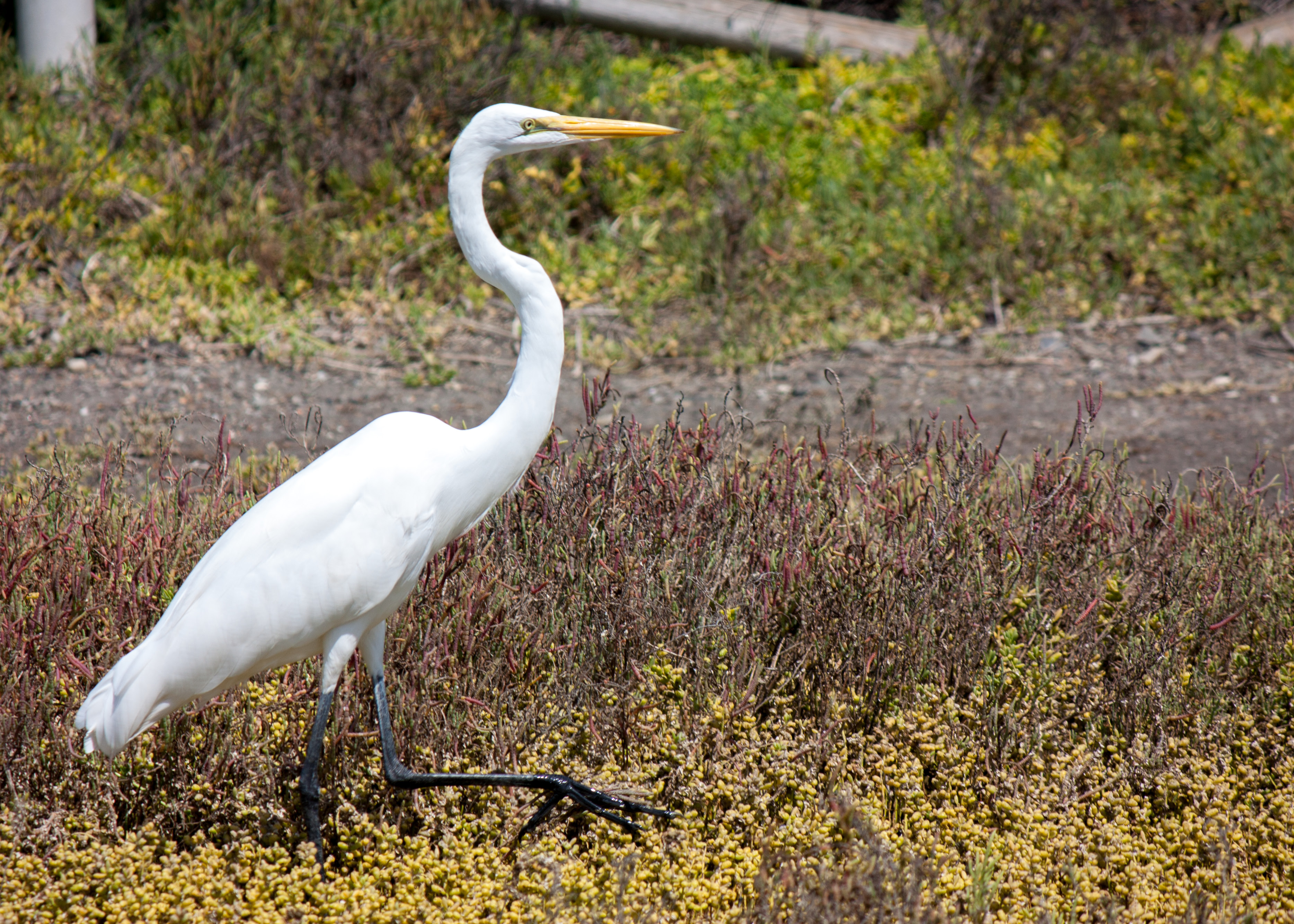 The squirrel stole an apple slice right off the table.  We were even standing next to the table when he stole that juicy apple.  All we could do was laugh as he ran under a bush.  The squirrels get bold when it’s hot and dry out on the Mesa.  I did find him munching on some old dry grass near the table a short while before he snatched the apple.  I guess the dried grass wasn’t nearly as appetizing. 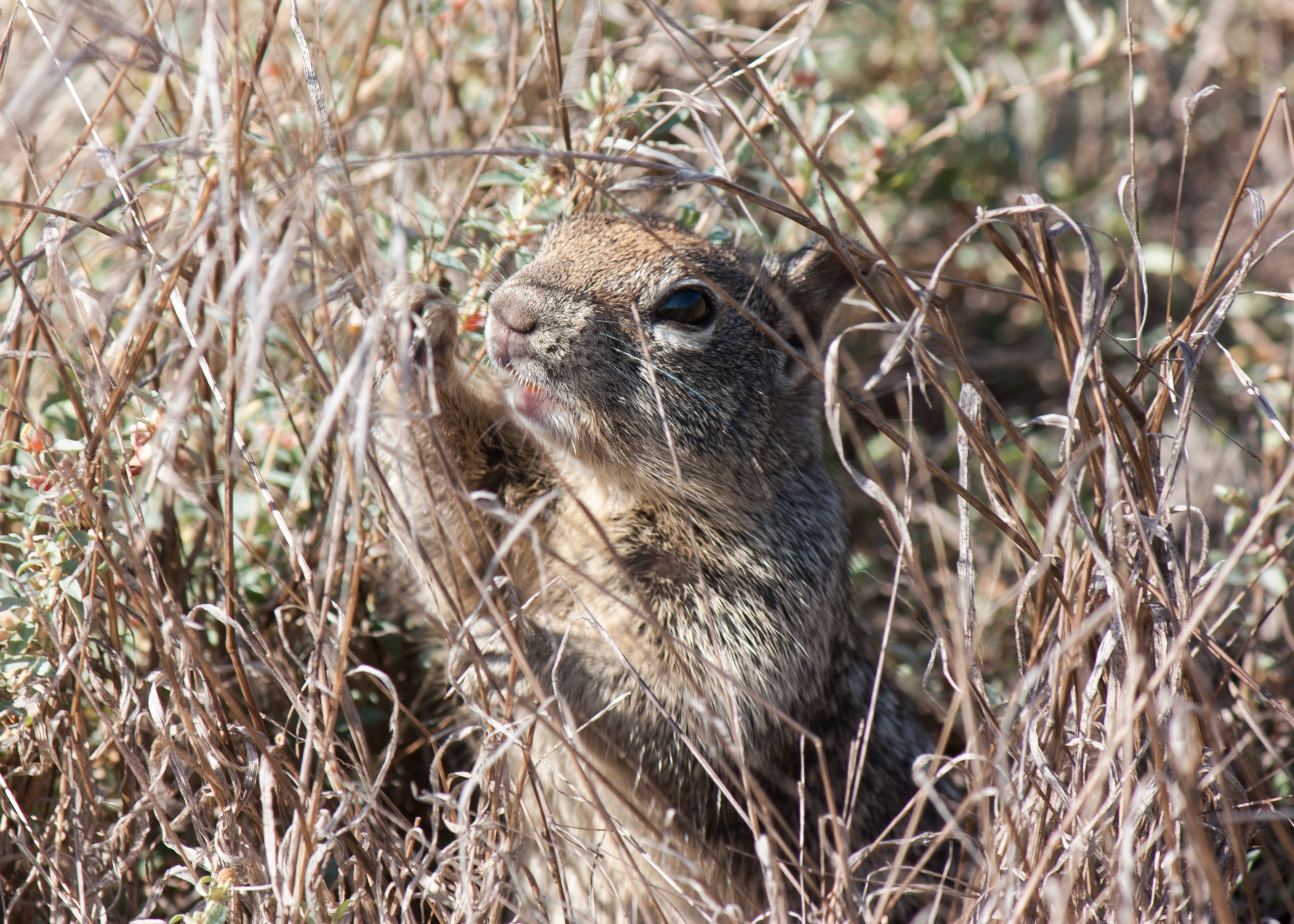 The snack table was where all the action was on Sunday.  An Osprey (Pandion haliaetus) was spotted from the table attempt to hook a fish in its razor sharp talons.  We had a small group of just Stewards out to clear the new Peach, or Pink, Area of non-native plants.  While clearing the area, a few small native grasses were found that were still alive which was a nice surprise.  The area had been planted with small grass plugs a few years ago, but the plants were too small to survive the drought and heat except these few survivors.  We finished clearing the area a little early so a bunch of us congregated around the table to chitchat and nibble on the remaining fruit.  Having a big group is good because we get a lot done, introduce new people to nature and really tackle the invasive plants, but I also enjoy the small groups because we can really focus on getting an area meticulous tended, I get to learn more about the volunteers on a one to one basis, and it’s usually pretty relaxing.

When we got back to the parking lot there was a Great Egret (Ardea alba) hunting in the small wetland next to Warner Ave.  Some of us stopped to enjoy the quiet scene and appreciate nature; for after all, that is why we are out here. 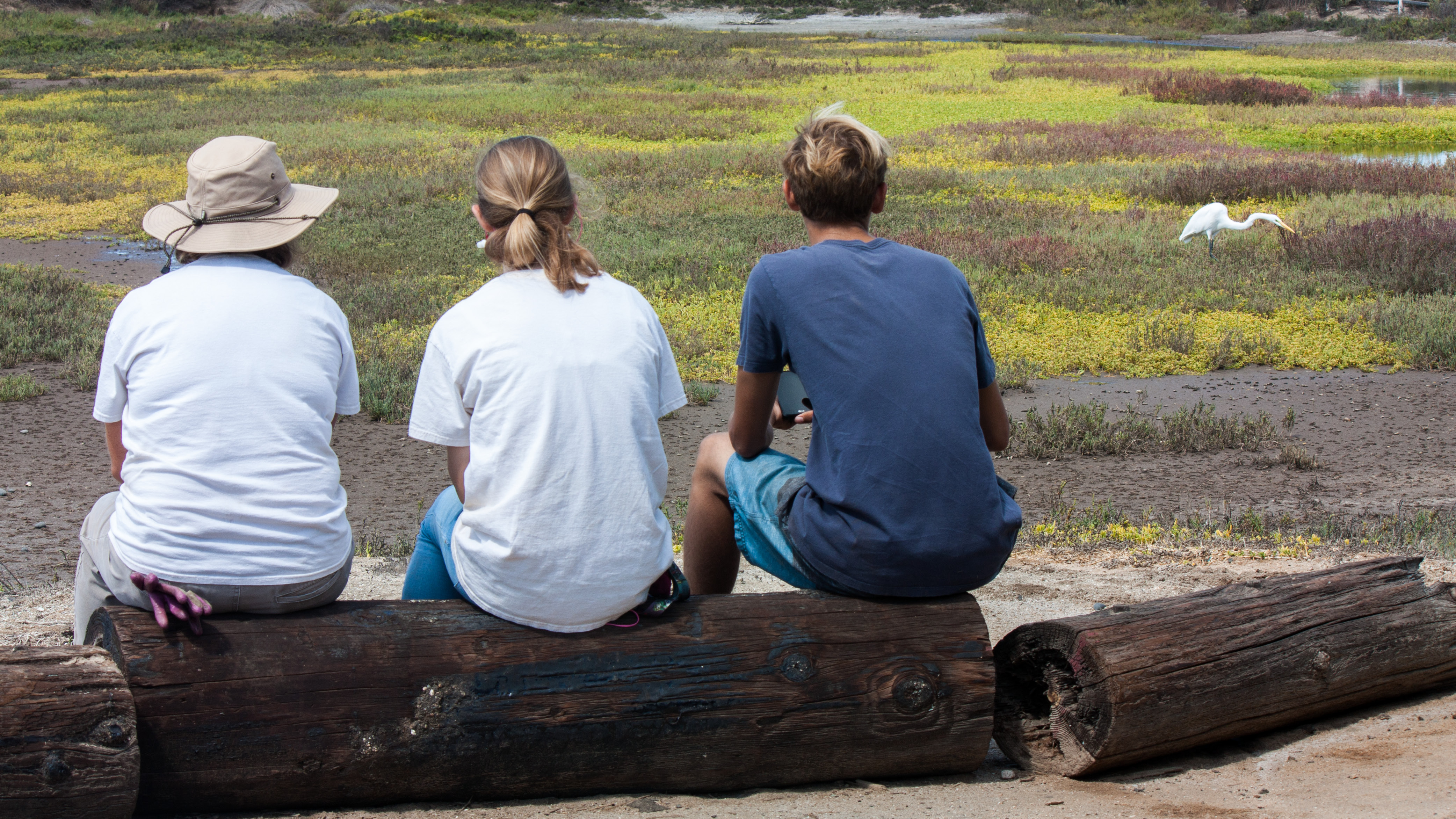 CA Coastal Cleanup and the ‘species’ of trashInterview with a Steward