You are here: Home / Habitat Restoration / Stewards for March

On Sunday March 6th it was pouring rain when I woke up.  Regardless, I got dressed and drove down to Bolsa Chica.  When I arrived the clouds were starting to dissipate and the sun was just starting to peak through.  Therefore, the work day was on!  However, I think the weather persuaded a lot of people to roll over in bed so we only had a few stalwart volunteers who showed up.  We focused on weeding the sporadic mustards and radishes and the crawling saltbushes.  The Adopt-a-plot Boy Scout group from Pack 541 braved the weather and finished clearing their plot of weeds.  We have two groups who are participating in the Adopt-a-plot program this year and it’s a pleasure working with them.  The pack have named their plot ‘Hornaday Meadow Plot’ in recognition of their goal (the Boy Scout Hornaday Award for Conservation).  We are thrilled to be teaming up with them to help them accomplish their goal!

On Saturday March 19 we had a few different goals because we had a bunch of different groups out with us.  We watered the native grasses (both by hand and the powerhose of the water truck), weeded out sowbane ((Chenopodium murale) I call ‘stinky plant’ because I think it reeks up to high heaven), planted about 200 Southern Tar plant, and even had some fun with hand hearts!  The other Adopt-a-plot group, Fountain Valley High School SEALEAFS, came out for the month and planted native grasses in their plot. 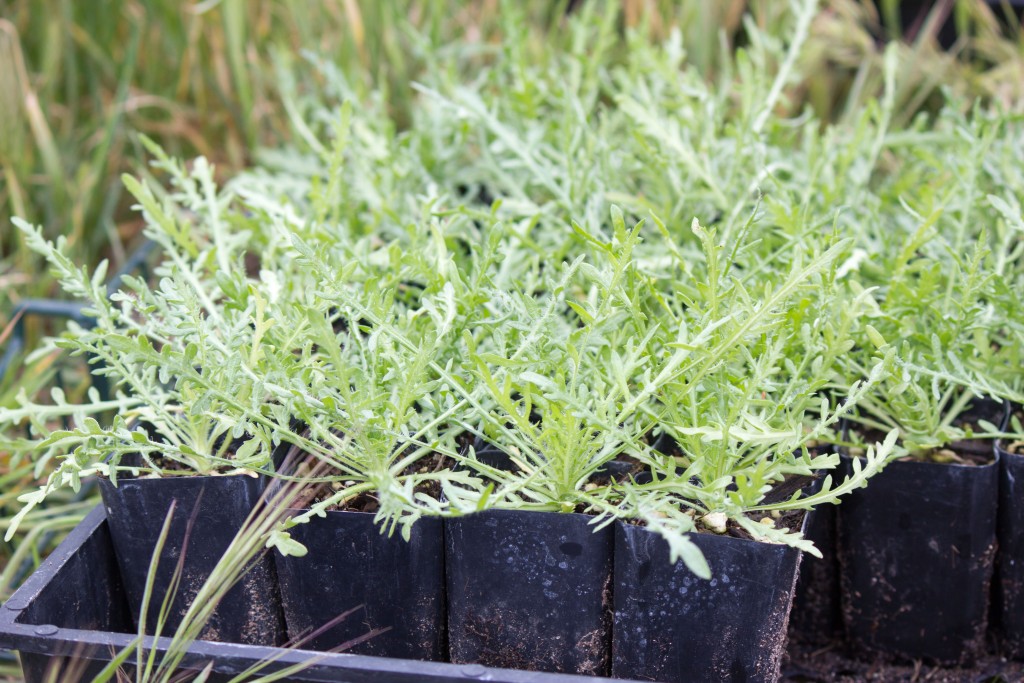 Thanks to all the groups we had out (Sierra Club, National Charity League, Sunny Hills High School, Garden Grove High School, OC Church of Christ, CSULB AOTT), independent volunteers, and Orangewood Academy for their Service day during the week. 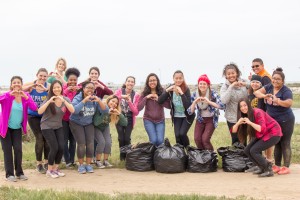 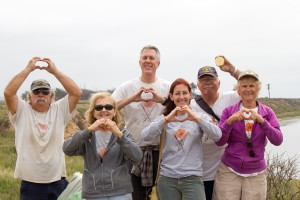 5 Raptors at Bolsa ChicaHow to talk to people: Jr. Stewards table at the Long Beach Aquarium