You are here: Home / Animals / To the Rescue! 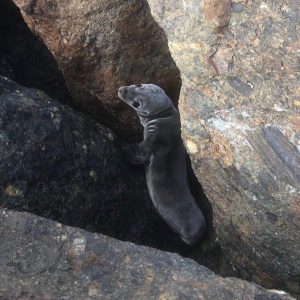 It was a cold late afternoon last November 27 when Olivia Bloom set off on a beach run with her dog, River.

Olivia, a co-founder of the Junior Stewards, headed north on dog beach, as the sun slowly rode toward the sea to her left.

Next thing she knew, she and River had arrived at the tidal inlet, and she impulsively began climbing among the rocks of the southerly jetty, daring River to follow.

She looked down into a gap in the rip-rap and to her surprise saw two soft brown eyes gazing back up at her.

It was a little sea lion, clearly only a few months old, all by itself.

Olivia called home, got the number for the Pacific Marine Mammal Center in Laguna Beach, and called them. The Center rolled a rescue team. Olivia, despite the deepening chill of the evening, stayed with the seal for more than an hour until the Center’s team arrived and was able to gingerly remove him from his rock refuge.

He was taken immediately to the Center’s care facility, on the way picking up a name.
“One of the rescuers thought it would be funny and cute to name a sea lion Craig,” said Center public relations director Krysta Higuchi.  So Craig he became.

“We go him just in time,” Higuchi says. 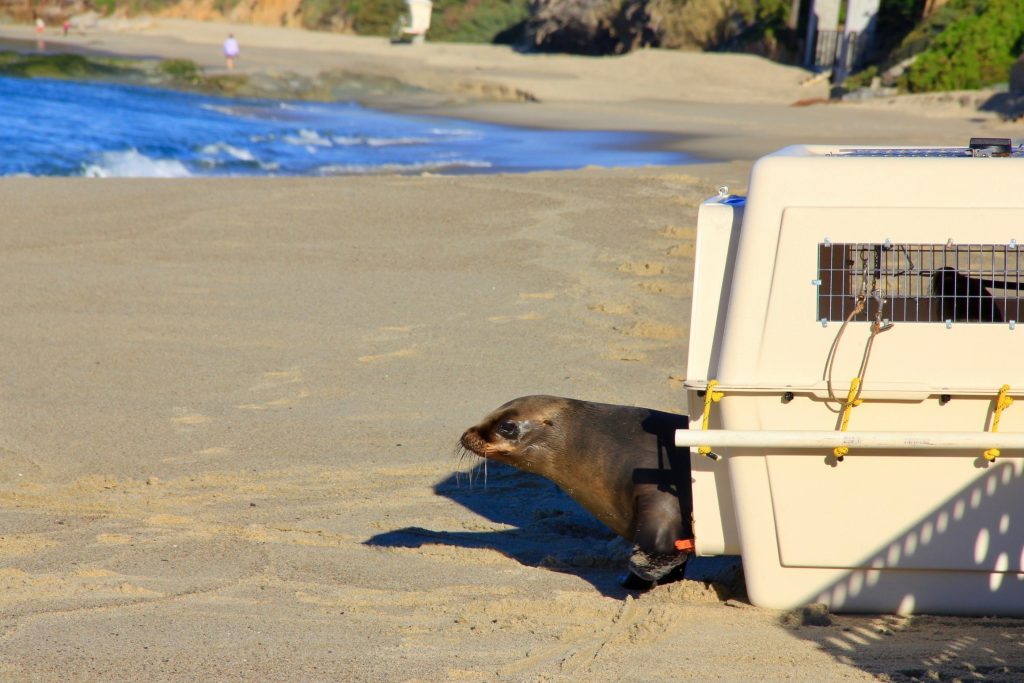 “Craig was tube fed when he was first admitted,” she explained. “He was so malnourished he couldn’t eat on his own. He was also very dehydrated; we gave him fluids subcutaneously for the first week or so.”

Craig became one of more than two dozen rescues under the Center’s care. Higuchi says the Center has twice the rescues now as it did this same time last year.

“We do see spikes in rescues during El Nino years,” Higuchi notes, but adds that this year, “It’s kind of worrisome. We hope it slows down.”

No one knows exactly how Craig came to be among the rocks at the tidal inlet, but Higuchi says sea lion pups can get separated from their mothers for any number of reasons. Craig’s mom might have gone off in search of food and taken too long; Craig may have gone looking. Or something dire might have happened his mother.

Whatever the cause, when Craig first arrived at the Center in November he was 38 inches long and weighed 30.9 pounds. He was slowly brought around to eating solid food again, and began interacting with the other young sea lions at the Center. 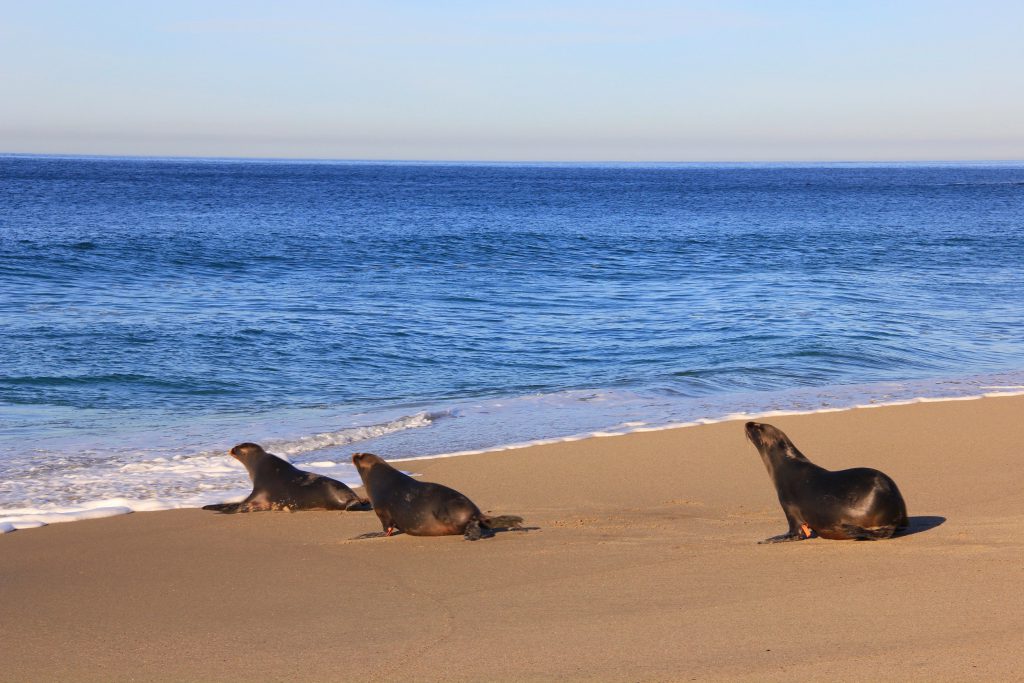 Fast forward two months to January 27 of this year, and Craig, now a robust 81.7 pounds, bounces happily with two other rescued sea lions across the beach to the welcoming waves of the Pacific. Center staff and friends wave goodbye as the three young sea lions splash into the sea and are gone.

“There’s nothing like seeing a sea lion you thought was so close to death being released back to his ocean home,” says Higuchi. “It’s very rewarding.”

Information on the Pacific Marine Mammal Center, as well as more photos of Craig and a video of his release, are available at pacificmmc.org.