You are here: Home / Habitat Restoration / Trash, tides, and an Endangered bird 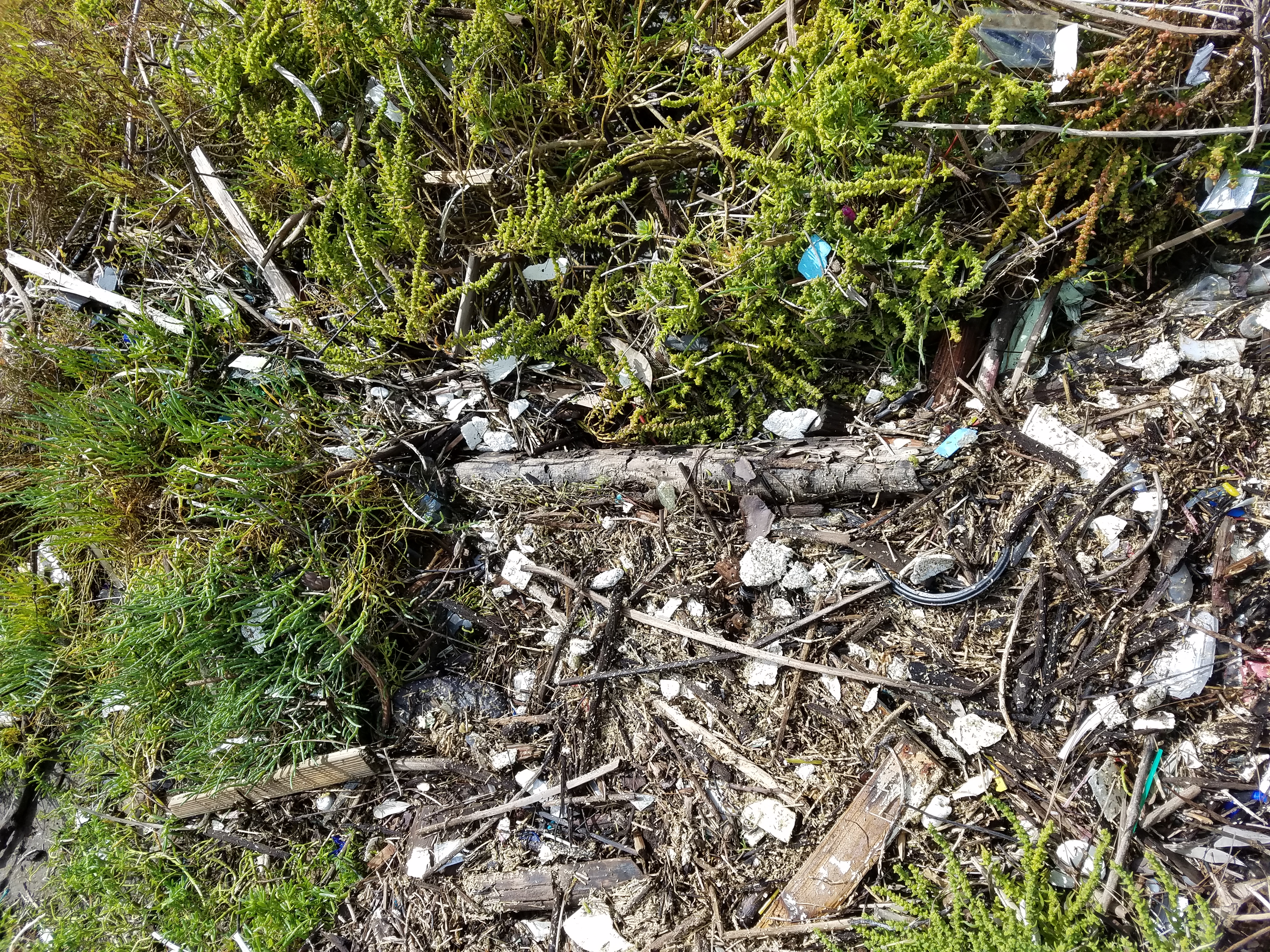 This month we have been doing a fair amount of trash cleanup in Outer Bolsa Bay.  We had two companies, Samsung and CSA Group, join us during the week and then on our monthly Saturday volunteer day we were able to have the Sierra Club ICO High School groups help as well. We pulled out bags and bags of trash from couch cushions, a terrible number of needles (adults dealt with those), lots of plastic bottle tops, disposable floss picks, and countless tiny pieces of random plastic and styrofoam.  During Coastal Clean Up Day in September, Orange County gathered a record number 70,202 pounds of trash in 3 hours!!

Most people don’t realize that trash cleanup at the water’s edge in the bays isn’t as easy as just going over the edge to pick up trash.  There are a lot of factors that go into whether or not it is feasible.

The bays at Bolsa Chica are under tidal influence, and just like the ocean, has high tides and low tides each day.  If the tide is high, the water goes right up against the cliff edge and it is impractical to go down by foot to pick up trash. 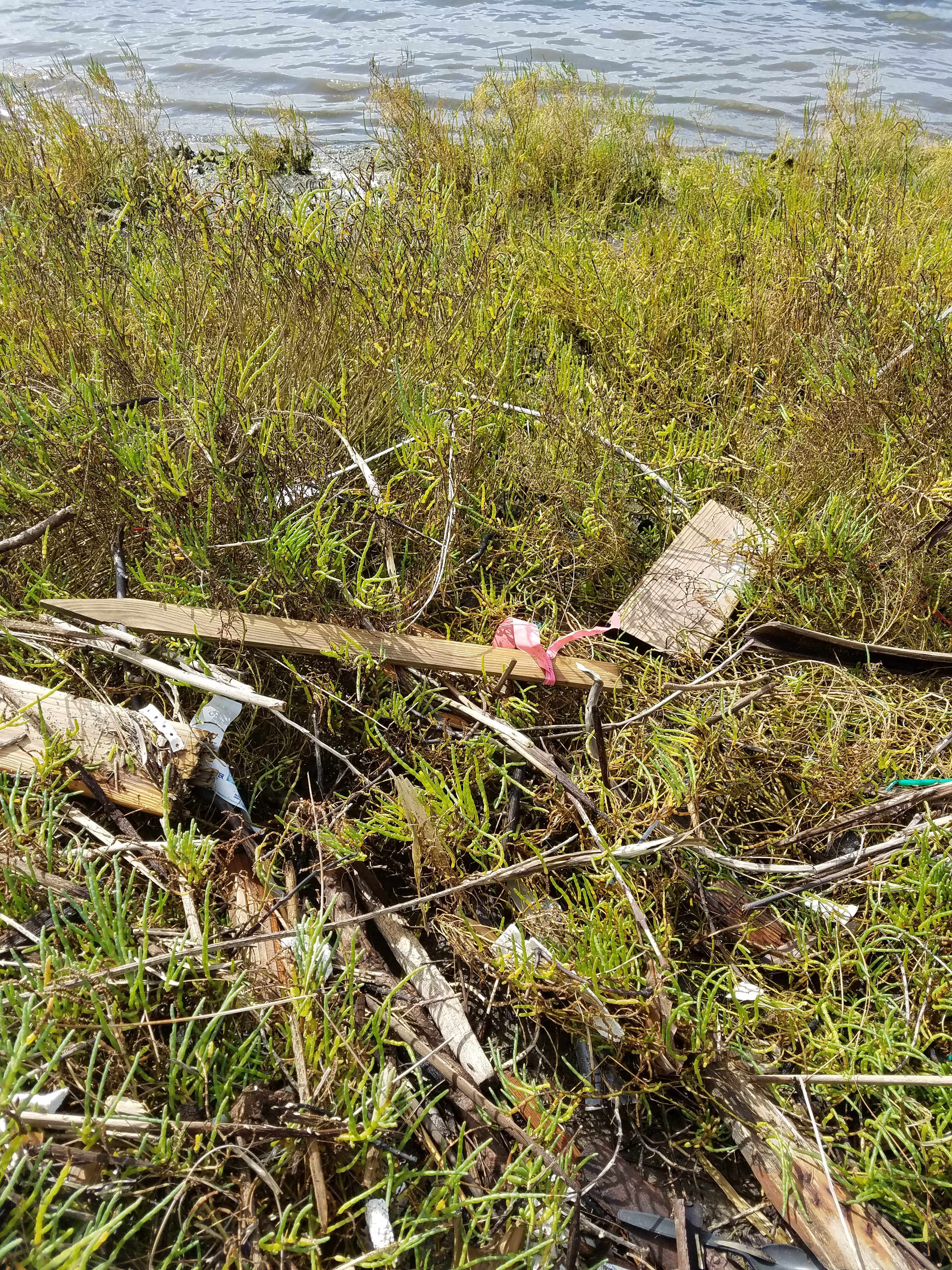 If it is raining, or if it has recently rained, it can be dangerous for us as volunteers as well as bad for the edge of the mesa to shimmy down the ground squirrel paths to get to the trash.

The Belding’s Savannah Sparrow (Passerculus sandwichensis beldingi) is an Endangered subspecies of Savannah Sparrows that breed at Bolsa Chica usually between March/April to August/September.  These birds only nest in native pickleweed which is right at the edge of the Mesa.  Therefore, between those months we do not go down to collect trash to avoid disturbing the birds.

We have two monthly volunteer days for habitat restoration (first Sunday and third Saturday).  Also, the planting season is October through early May, so we have to balance planting native plant species to restore the Mesa to native habitat vs. using our volunteer workforce to clean up trash. 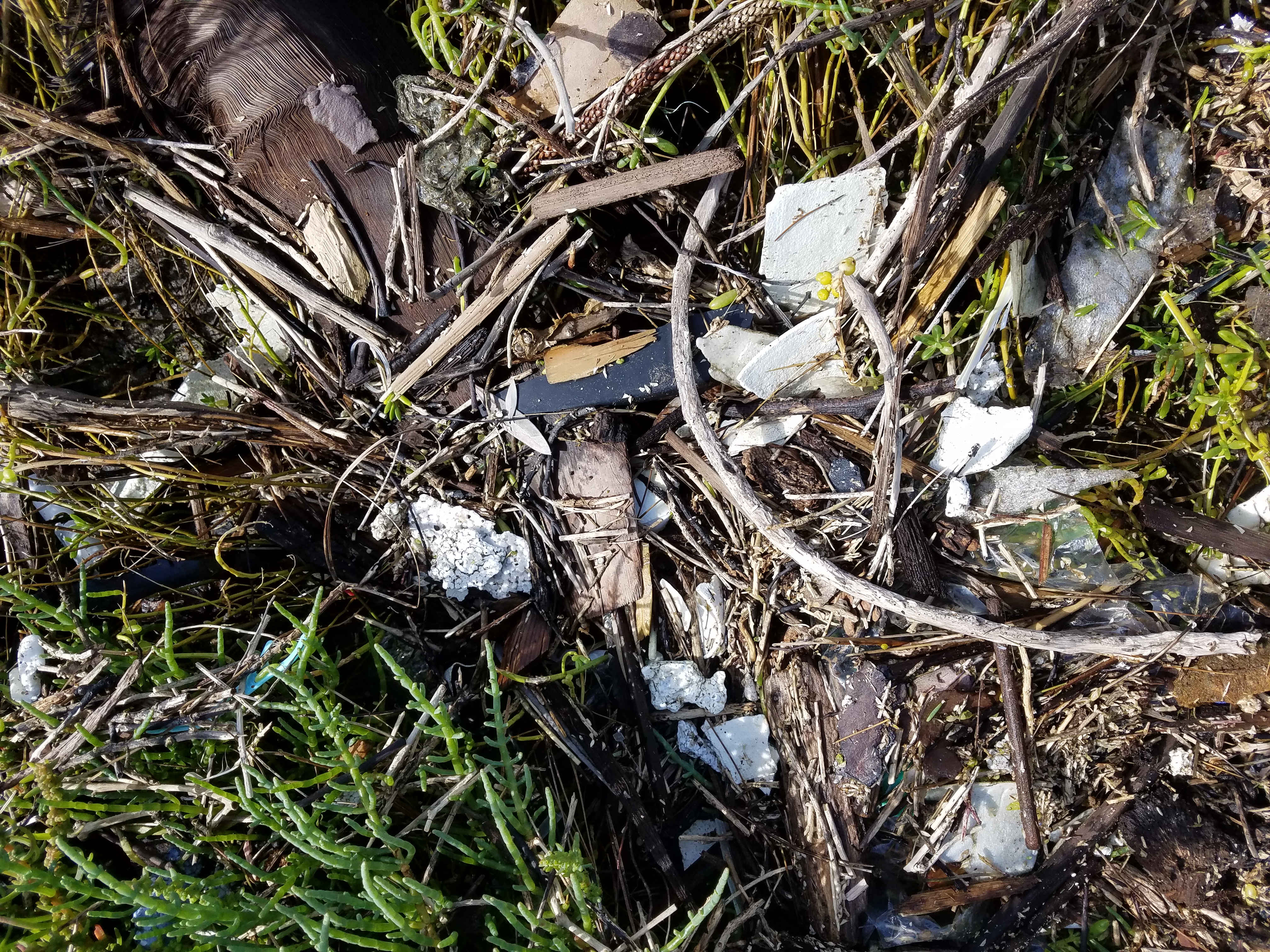 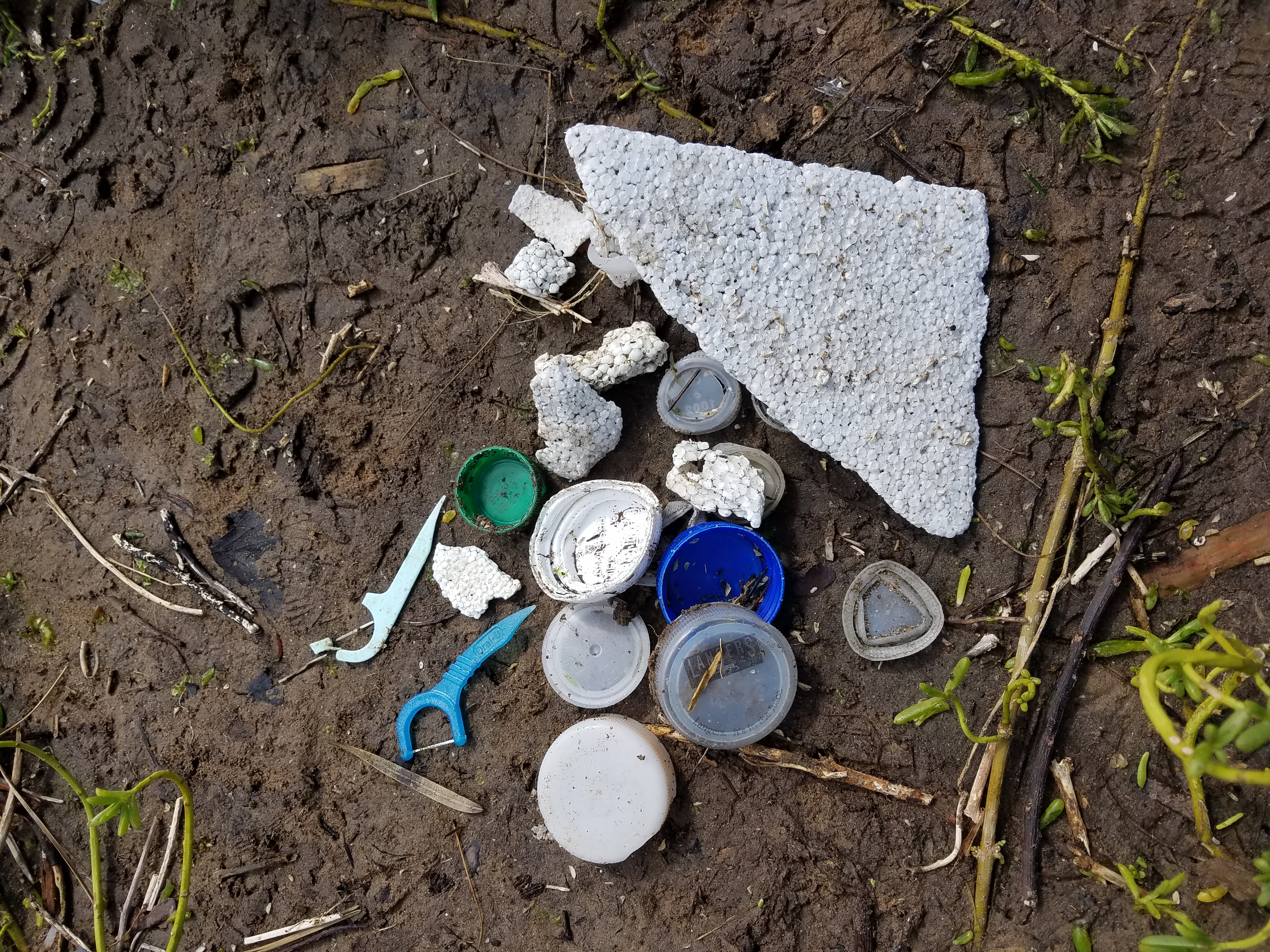 With all of that said, we do try to clean up trash as frequently and as thoroughly as possible when all the stars are aligned.  It’s a never-ending process because the Wintersburg Channel dumps all the inland run off straight into the bays which carries all the trash and garbage from inland too.  Therefore, education about the entire Watershed and pollution is so critical.

I also want to mention our weekly beach cleanups will begin in November!  Every Monday morning at 8:30 am we meet at the 19th Street entrance to Huntington State Beach, in Huntington Beach.  Please email Mike at Mike@BCLandTrust.org to volunteer.  If you have a group that you want to bring, please email Erin@BCLandTrust.org and we can work to accommodate your group.

We Don’t Say This EnoughTake Action inspiration and pledge