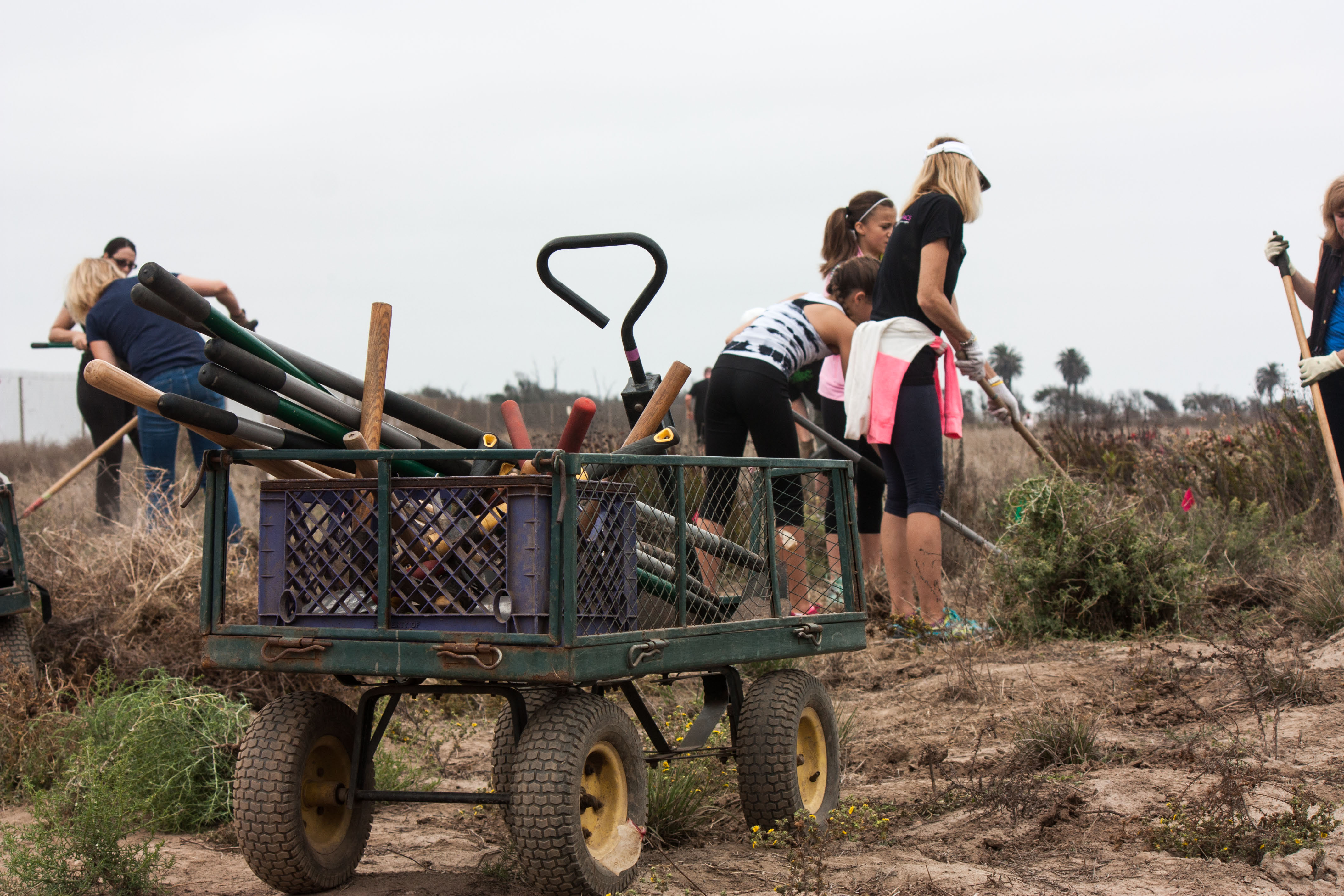 It was a cloudy morning on Sunday as I was getting ready for the work day to begin.  I had gone out to flag all the native bunch grasses I could find in the area we were going to work in.  The area was starting to get covered in Russian thistle (Salsola tragus), ice plants, Australian saltbush (Atriplex semibaccata), and the remains of some non-native grasses.  The goal of the day was to clear away the non-native biomass around the native grasses and native shrubs.

We didn’t have a large group, some families joined us and a handful of Jr. Stewards and Stewards, but we were mighty!  I had set aside a rather large area to clear of non-native plants and I wasn’t sure if we would be able to clear all of it.  However, everyone worked very hard and we got the area cleared of non-natives plants in no time!  I was very impressed, and the best part was everyone was smiling.  A lot of them also learned that some plants are harder to get out than other plants, and it takes a little more elbow grease and persistence to get the bigger roots out like Australian saltbush.  I have high hopes for the area we cleared and we are now one step closer to accomplishing those hopes.

As we were finishing putting everything away the sun started poking out of the cloudy haze.  I was tired, but it was a great day and I drove home with dirt on my shirt and a grin on my face. 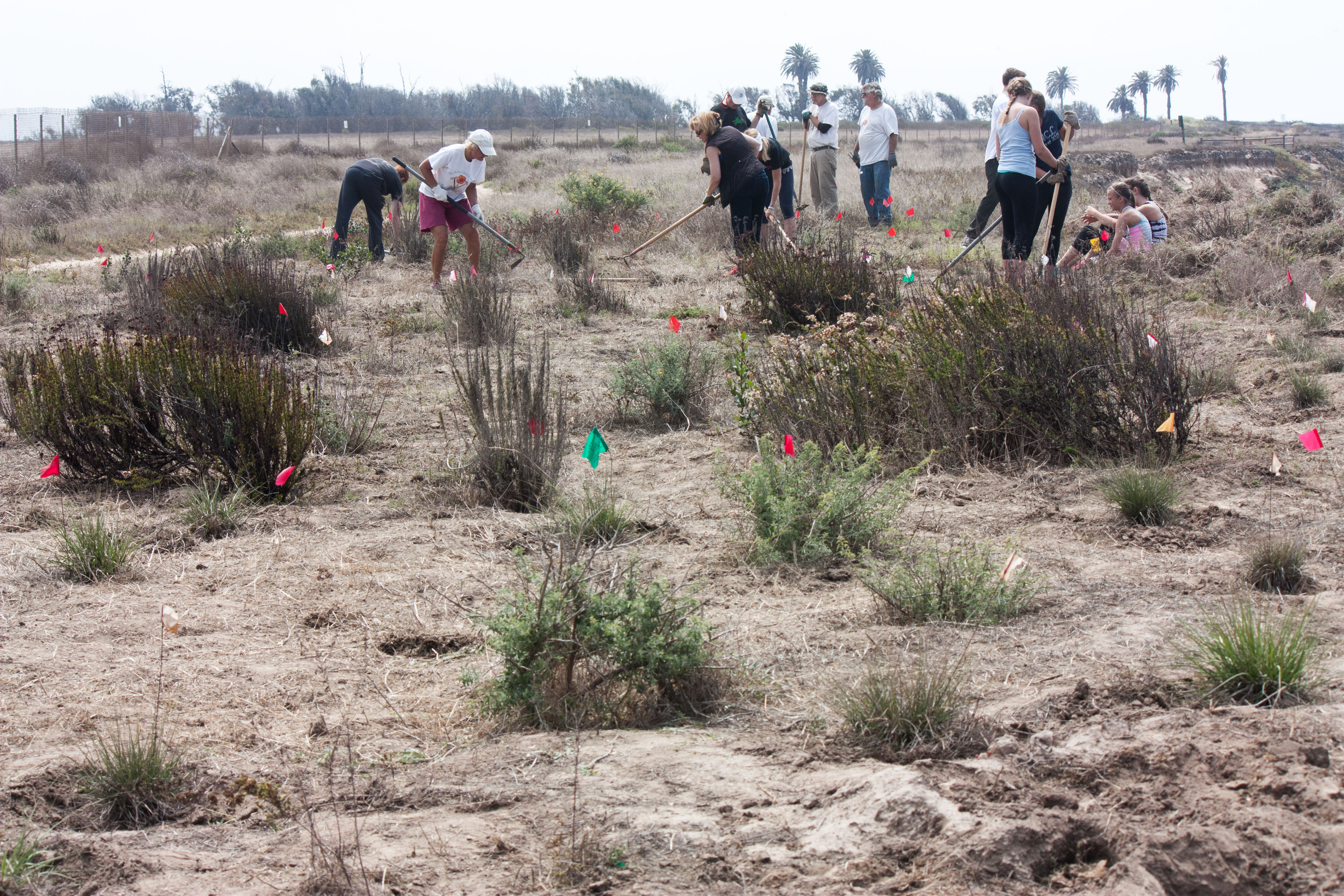 Experiments on the MesaSnakes. by Danny